‘If we want to set the agenda, we must really dare to identify problems’

As a Board member, Jacqueline Cramer opened many doors: thanks to her vast network, expertise and go-getter mentality. Now her term is ending. We look back as well as ahead with this born transition broker. "In addition to traditional government control, we also need network control."

Jacqueline Cramer on her retirement from the Board

As a Board member, Jacqueline Cramer opened many doors: thanks to her vast network, expertise and go-getter mentality. Now her term is ending. We look back as well as ahead with this born transition broker. “In addition to traditional government control, we also need network control.”

No, Jacqueline Cramer is not quite looking forward to leaving the Board. The regulations leave her no choice. “Tenure as a member of the Board lasts for a maximum of eight years. I think that’s good; the Board should keep renewing itself. At the same time, I find it terribly unfortunate, because the work is a lot of fun.”

In 2014, she joined the Board as Louise Fresco’s successor on the topic of sustainability. By then, the former Minister of Housing, Spatial Planning and the Environment (VROM) had an excellent track record on that issue. After her ministry in the fourth Balkenende administration, she set up the Utrecht Sustainability Institute (USI) as a professor. Before that, she led several major programs around corporate social responsibility.

At the Board, Cramer was able to work with businesses, governments, knowledge institutions and civil society organisations to jointly put sustainability initiatives into practice. Cramer: “As a minister I had formulated policy, at the USI I was mainly involved in the academic world. I wanted to get going with the implementation of major transitions, such as the energy and raw materials transition. Getting innovation off the ground with a clear ambition was my motivation. By using the power of society. I was really looking forward to that.”

What kind of organisation did you end up in then?

“Amsterdam Economic Board was a different kind of organisation in 2014: organised around clusters and sectors. Members were primarily concerned with the importance of their sector. At the time, I spearheaded the shift to a focus on the major social challenges in the Amsterdam Metropolitan Area. In this region, I set up the Circular Economy program in 2014 and implemented all kinds of circular initiatives; the first years as implementer of the program and then in a directing role together with the successive Circular Economy leads: Dominique van Ratingen, Marjolein Brasz and Claire Teurlings. I used the corona period to record all the experiences I had gained from this work. I wanted to reflect well on what we were doing so that there would be transferable knowledge. In addition to the concrete examples, I described mostly how to start, build, scale up and make transitions commonplace. I concluded that in addition to traditional government control, we need network control. That is bottom-up steering from coalitions of benevolent parties who want to realise ambitions together, take initiatives to do so and make them bigger and bigger.”

What are you most proud of when you look back at your years on the Board?

“We have made that shift from sectorally organised interest club to a group, focused on the big challenges of our metropolis. Now there is a Network Council that wants to serve the common good and make an impact. I am also proud of results we have achieved with the circular economy program, for example in the areas of mattresses, textiles, metals and circular purchasing. By doing so, we have created a movement around circular economy in the Amsterdam Metropolitan Area. Furthermore, I like the fact that in the LEAP initiative, we started working with a complex topic like data centers, which at the time got very little attention. But perhaps most importantly, I see that my ideas about network steering have taken hold within the Board and are now used by default. And that I have been able to publish three books on network steering, showing how network steering works and can work.”

Is there anything you’re less satisfied with?

“Sure. I think it is very unfortunate that we have not yet realised the full potential of circular procurement. We could have made more out of that, if we had pushed with more power. This is not necessarily due to resistance in organisations, because you’ll always encounter that when you want to change something. The point then is to continue looking for a way that does work. We saw this in the diaper recycling pilot, for example. A consortium had already fallen apart due to the cancellation of waste processing company AEB; the new consortium couldn’t get the business case together. Then I contacted the ministry to investigate whether extended producer responsibility was a possibility. Then the extra costs for recycling would be added to the price of diapers. Talks with the Ministry of Infrastructure and Water Management are now in progress about this.”

In the coming years, Amsterdam Economic Board wants to be more agenda-setting and therefore focus more on abrasive problems and dilemmas. What should that look like as far as you are concerned?

“If we want to be agenda-setting, we have to really dare to name the problems. Our big challenge in this is that we are independent as the Amsterdam Economic Board, but all parties on the Board and Network Council are wearing their organisation’s hat and are therefore not independent. This is a kind of Gordian knot in which we have to find a good mode. When you want to be agenda-setting and stick your neck out, sometimes you can’t escape making statements that not all Board members will or can openly agree with. Take data centers: we cannot insist that we want to be the data hub of Europe and then not talk about the substantial energy savings and application of renewable energy that is needed. The future of Board member Tata Steel is also such a hot topic: As another Board member, are you going to say anything about how they should become more sustainable? I think Board members must be able to step over their own shadows if the Board is to set the agenda for the major societal challenges.”

As a member of the Agenda Committee, you also pushed hard for Amsterdam Economic Board to focus more on impact: on what exactly we achieve with our initiatives?

“We don’t just want to initiate nice things, we want to show and prove what the impact is. We have to account for the impact and at the same time avoid that becoming a whole accounting state. Again, this is a dilemma: it’s about the social, economic and environmental impact and not about keeping impeccable records. But on the other hand: if you don’t properly account for what you do, you could be accused of greenwashing. That’s why measuring that impact is so important.”

Are you actually hopeful about meeting the 2030 and 2050 climate goals?

“I am an optimistic person by nature, but when I see what is happening now in the field of sustainability, I’m concerned. The challenges we face are huge. It is not just about technical change but mainly about how we organise that change and how to include everyone. Leadership is needed; policymakers are too reactive. What encourages me, is the power in the capillaries of society. We need to mobilise that. Take the 15% GasTerug Action Network to get through the winter. We set that up in a short time with many different parties and those constituencies are now coming into action: in neighbourhoods and business parks. We can make much better use of these kinds of forces.”

In October, you bid a final farewell to the Board. What will you do next?

“I am now involved as a director – I call myself transition broker – in the implementation of several transition initiatives: for example, around textiles, the Concrete Agreement and the Steel Building Agreement. As long as I can continue to contribute to that, I want to do so. This summer I was invited to spend nine weeks in Australia, help build the circular economy and spread the importance of network governance. I would like to do that in other countries as well. My driving force in this is the urgency I feel around sustainability. We need to accelerate, and I want to be committed to that. Of course I’m going to miss the Board. I had an incredibly good time there. I gave them my best and got a lot of inspiration, collaboration, support and opportunities in return. For that, I am very grateful to the Board.”

The interview with Jacqueline Cramer is part 20 of the Board Talk series. In this series we talk with Board members about the biggest challenges for the Amsterdam metropolis. A region which offers healthy, sustainable living, responsible digitalisation and meaningful work for everyone. These are also the most important themes for the Amsterdam Economic Board. Read more interviews in the Board Talk series. 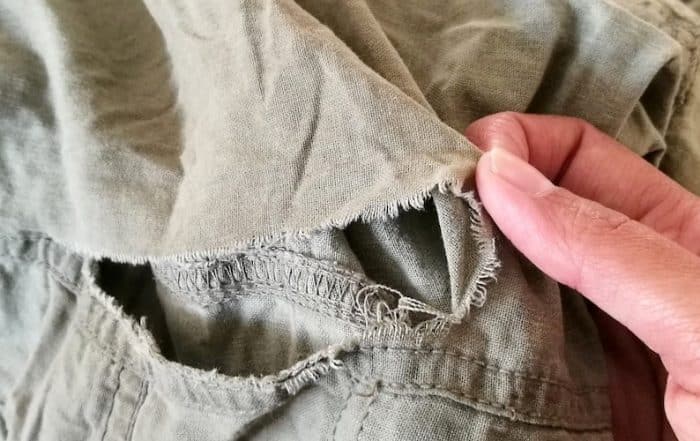