Harnessing big data to research the relationship between sleep and brain function, with the aim of translating insights into applications to improve sleep, vigilance and daytime functioning. That is what Eus van Someren does, as head of the Sleep and Cognition group of the Netherlands Institute for Neuroscience. It is one of 12 institutes affiliated to the Royal Netherlands Academy of Arts and Sciences. The KNAW is a member of our Network Council and a key driver of the Life Sciences & Health ecosystem in Amsterdam and beyond.

Van Someren’s work is informed by large amounts of data collected from volunteers. The Netherlands Sleep Registry (Slaapregister) has amassed findings from more than 14,000 individuals who anonymously complete several online questionnaires. The database was a response to researchers’ findings that smaller studies on people with insomnia had very limited reproducibility. His team, says Van Someren, “started to think that maybe there is not just one type of insomnia. Maybe some researchers recruit their volunteers from psychiatric hospitals, others from higher-education student populations, and others perhaps from a hospital where there are more neurological patients. So, there might be different types of insomnia, but you don’t know that if you just research a heterogeneous population.”

Van Someren wanted to try and identify different subtypes within a heterogeneous population. This required large amounts of data to be scientifically valid – and so the Sleep Registry was born. “We invited both good sleepers and people with insomnia to fill out a lot of questionnaires, of which we knew that scores are correlated with individual differences in brain structure. Thousands of people answered literally thousands of questions in the end so we could use a data-driven approach to see if there are different profiles of insomniacs.” A comparison can be made, says Van Someren, to the approach to dementia: “It used to just be seen simply as old-age dementia, and we know now that is not useful. For treatment to be effective, we need to know: is it Alzheimer’s, or is it vascular dementia, or Lewy body dementia? We have done the same for insomnia and started studies with different interventions.”

The data-driven research led to the identification of five sub-types, with the added finding that three of those subtypes had an increased risk of developing depression. And if someone experiences depression once, the chances are higher they will experience it again. Consequently, Van Someren believes the best way to combat the problem is to try and prevent it in the first place, and he has developed specific interventions for people with sleep problems. “It’s a bit of a mind switch,” he says. “We are trying to prevent depression not by targeting emotions, but by targeting sleep.”

The research team developed online treatments supervised by psychologists and followed the subjects for four years. Two out of five insomniacs who received no interventions did, indeed, develop depressive symptoms, while those who were randomised to one of three intensive interventions were at much less risk of doing so. In those groups, only one out of eight developed a depressive disorder. The findings, according to Van Someren, show the value of “having big data to carry out data-driven recognition of heterogeneity, and then focusing on those with the highest risk to prevent depression most efficiently.”

Since the Sleep Registry went online 12 years ago, regulations around the collection and retention of data have become increasingly stringent. The website was built to ensure volunteers’ anonymity and the only identifying information is an email address, which researchers have no direct access to. “We don’t know who our participants are, we do not have their address. We have their birth month and year, but not the birth date. We do not have their first or last names. And we did that on purpose in order to receive honest answers on sometimes personal questions.” But this anonymity led to problems when an ethical committee insisted that participants must sign a paper document giving consent to their data being used, rather than clicking an online agreement. Van Someren refused the request, saying, “then we have to stop our very valuable database, because we promised people something and we want to keep our promise.” In the end the question went to the Netherlands’ highest body for medical ethics and approval was given for the online consent procedure.

Van Someren accepts the importance of informed consent for reuse of data for multiple research purposes, but believes the process has become too cumbersome. “The wording that is required by ethics committees has become more and more detailed and specific, and at the same time, less and less understandable and accessible for our volunteers. They have to read through many pages of language they have no understanding of. A click or a signature is not the issue. It’s the extensive and detailed phrasing that the committee thinks is appropriate versus the inability of the volunteers to understand so much information and that language.”

The same problem also affects researchers and scientists working with data, says Van Someren. “The regulations have become so lengthy, especially for the privacy issues. If I ask my team members to get approval for a study, they have to deal with a huge amount of paperwork.” The result, he says, is that people end up focussing on getting a study past the ethics committee, rather than thinking about the ethical aspects themselves. “On our way to the perfection of logic and language, the process has become bigger and bigger and bigger. But it has lost its meaning. The researchers have no time left to think about the ethics and the volunteers have no clue what they’re signing for.”

The Sleep and Cognition group was recently awarded a second grant by the EU’s European Research Council to investigate ways of improving the treatment of insomnia and anxiety disorders, together with sleep experts from Amsterdam UMC and the Vrije Universiteit (VU). Research has already shown that insomnia is the primary risk factor for the development of anxiety disorders, depression and PTSD. “Many people experience a trauma in their life, and only one in 10 develops post-traumatic stress disorder,” he says. “If you’re a bad sleeper, and you experience something awful, then chances are much higher that you will develop PTSD. Why? What is it about sleep that makes you so vulnerable to problems with depression, anxiety, PTSD?”

Much has been learned over the past two or three decades about brain activity during sleep and its role in learning and adapting. Studies have shown that those who go to sleep after learning a list of 100 words will remember more words than those who stay awake. Van Someren says: “Something is going on during sleep in the wiring of your memories. Learning to cope with emotions is also a learning process. It’s very different from learning a list of words, but for the brain this is all about changing synaptic contacts between neurons. We found that if you are re-exposed to a distressing experience after a good night’s sleep, it no longer, or at least much less, triggers the physical reactions of weak knees, a pounding heart, knots in your stomach.” 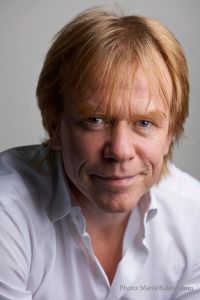 During REM sleep, a very specific type of brain activity occurs, which is understood to be connected to how emotions are processed and adapted. Van Someren explains that people whose REM sleep is often disrupted do not benefit from sleep with respect to overnight amelioration of distress. And, he says, “for people that had the most restless REM-sleep, sleep actually seemed to make things worse. They woke up more sensitised to their distress.” Van Someren is convinced that these findings are also relevant to people who have anxiety disorders. He is now collecting brain activity data from participants sleeping at home with a headband device, thus allowing for a larger-scale study. Van Someren is looking for participants in this medical research and for this, you can sign up with the Netherlands Sleep Registry! The sleep expert is keen to generate public attention for the study, saying: “We must hope people will hear about this and come to slaapregister.nl to help us find the solutions they’re looking for.”

The collaboration with the VU is focused on large-scale studies of the role of genetic variants in insomnia. The most recent study, involving 2.3 million people, has just been published in Nature Genetics. Van Someren had thought that the problems would be found in genes associated with the parts of the brain responsible for sleep regulation, but this assumption was not supported by the study. “Genes where variants predispose the patient to insomnia were more likely to be found in brain areas that regulate emotion. Insomnia and emotion regulation seem tightly linked and that may be why insomnia is such strong risk factor to develop depression, PTSD and anxiety disorders.” He’s confident that the collaboration with the VU and the relationship with Amsterdam UMC along with what he calls “the devotion of so many thousands of people who contribute to the Sleep Registry” will enable further pioneering research, and result in “important steps towards better understanding and treating insomnia and preventing anxiety disorders.”

This article was originally published on Smart Health Amsterdam. 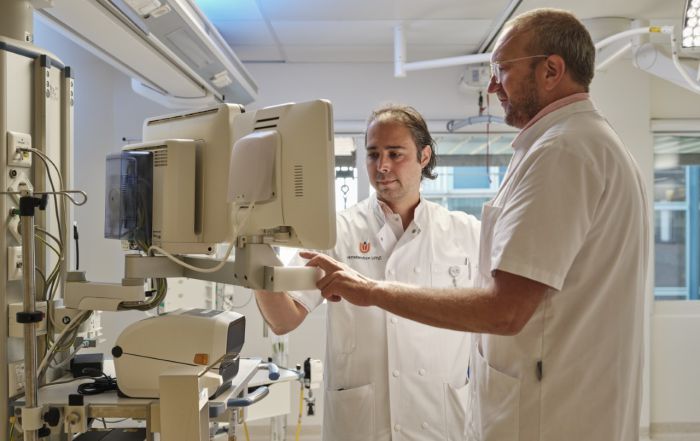 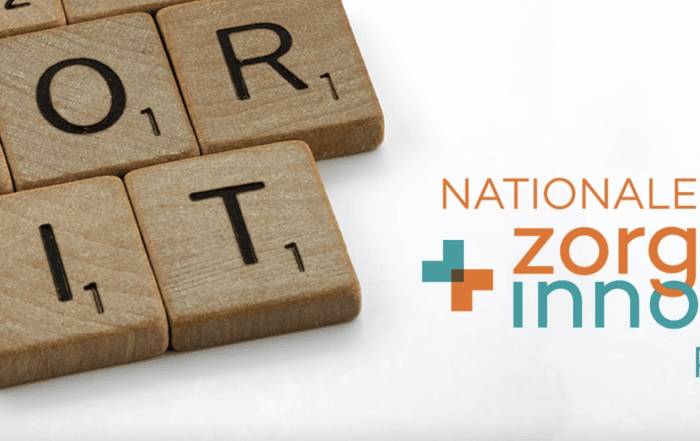 Registration for Nationale Zorginnovatieprijs 2023 is opened 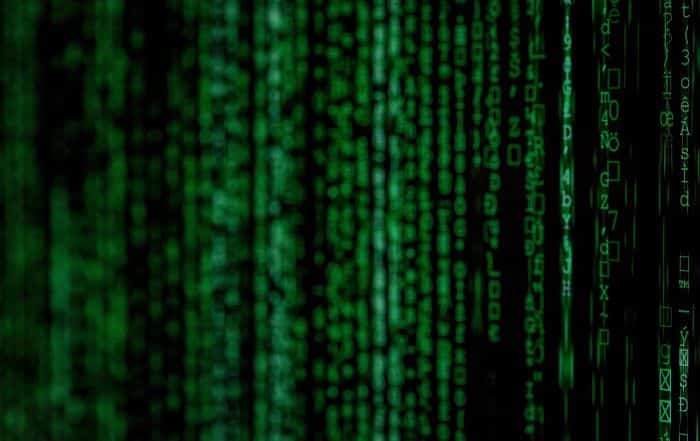 Algorithms that work – how higher mathematics generates innovation in LSH