At the crossroads of oncology and AI: how algorithms can improve cancer care

The Netherlands Cancer Institute (NKI) is one of the world’s leading centres for cancer research and treatment. At the institute, researcher Jan-Jakob Sonke leads a group focusing on adaptive radiotherapy. He is also one of the driving forces behind the AI for Oncology lab, a collaboration between the NKI and the University of Amsterdam (UvA). The goal of the collaboration is to develop AI algorithms to improve cancer treatment 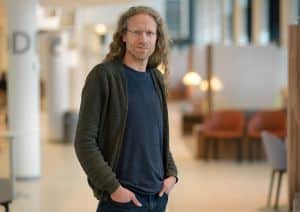 The AI for Oncology lab was launched in 2021 under the umbrella of the Innovation Center for Artificial Intelligence (ICAI). NKI and UvA in collaboration with Elekta Oncology Systems have since launched a second lab, POP-AART (Partnership for Online Personalised AI-driven Adaptive Radiation Therapy), which focuses on the use of AI for precision radiotherapy. Such collaborations set the labs up for success: Sonke describes the University of Amsterdam (UvA) as a top institute for AI development and the Netherlands Cancer Institute (NKI) as a leader in oncological care and research. The labs, says Sonke, “bring these two forces together. We ensure students are exposed to these two different ecosystems. We want to merge those two things in the students’ minds, so they can really understand the oncological problems and are also completely up to speed on the AI side. Then we can come up with novel strategies, which may not happen if you are completely embedded in just one of the two domains.”

The work of the POP-AART lab is closer to Sonke’s personal research field of adaptive radiotherapy, while the AI for Oncology lab aims to stimulate AI across a broad spectrum of the NKI’s work, taking in fields such as pathology and medical and surgical oncology. They are, says Sonke, seeing interesting developments in the use of AI solutions. Take pathology, for example. “Pathologists look at tissue through a microscope, and they can see individual cells. They’ve been trained to identify different cell types – what is a tumour, what is not a tumour – but they still do that at an aggregated level, looking at patches of cells. Using AI, each cell can be characterised individually. So you’re able to give a much more in-depth representation of the tissue than a pathologist would ever have the time to create. And we believe that this will create novel insights into diagnostics and therapy response.”

The need for speed

A development that Sonke finds particularly exciting is the potential for automation. “A lot of elements in healthcare are still partially done manually,” he says, “such as identifying a tumour and making treatment plans. My hypothesis is that with AI, we can accelerate automation to a level that will ease the healthcare crisis. In 10 years’ time, there will be 70% more cancer patients, and healthcare costs are already going through the roof. With automation, we might be able to treat patients better and faster. It’s good for the patients and it’s cheaper for society.”

A high level of automation using AI can not only make healthcare more efficient, but can also lead to more effective, fully individualised treatment, says Sonke. “Normally, we individualise through the patient characteristics. They come in, we see them, and we make our preparations. AI opens the door to individualising treatment on a daily basis, and we could never go that route if we had to do it all manually.” Sonke believes this is a realistic goal. “We’re now on the brink of bringing AI to that level. I think it can be realised based on AI technology as we see it today and further accelerated with novel AI insights that we haven’t yet touched on.”

The point of AI automation, says Sonke, is to execute ‘the route’ a physician has designed for treating a patient. He draws an analogy with self-driving cars: “The doctor is still in charge. The person in the car decides where they want to go, but it’s the car that actually carries out that intention.” There will, he adds, always be limits to automation. “It becomes scary when the car says ‘no, you don’t want to go to the park. I know a much better place that you would enjoy.’ So we won’t go that far anytime soon.”

Sonke emphasises the importance of simplifying the gathering and sharing of medical data. A “legal, cultural and societal” discussion is needed, he says, to ensure that “AI algorithms can excel at what they’re good at, which is learning from data”. He is a supporter of our Health Data Infrastructure (GDI) initiative, saying: “Patients typically see a few healthcare providers, and each healthcare provider can ask consent of the patient to use their data. But that consent is only applicable to that institution. We need to create an infrastructure where we have centralised consent for the whole therapy course, making sure that we don’t break the chain of information – which is what happens currently with isolated silos of data. The Amsterdam ecosystem is working towards this, but ultimately, you want this at least at the national level, and then the European level.”

Amsterdam: a playground for AI

Along with Sonke, the AI for Oncology Lab is guided by scientific director Clarisa Sánchez Gutiérrez, and lab manager Jonas Teuwen. Discussing the project, Sánchez Gutiérrez said Amsterdam provides “one of the most exciting playgrounds” for AI research. It’s a view Sonke shares. “At the crossroads of oncology and AI, Amsterdam is very strong. The interaction of the UvA and NKI is very powerful and that’s then complemented by the Amsterdam AI programme (formerly known as AI Technology for People), the ICAI labs and others applying AI technology in healthcare. Amsterdam brings together a critical mass of universities, knowledge institutes, startups and bigger companies. There is human interaction and inspiration drawn from that.” Sonke says Smart Health Amsterdam has an important role to play and he’s happy to see the increasingly closer collaboration with Amsterdam AI. “Building an ecosystem, building the brand, bringing people together with seminars and so on and sending the message that Amsterdam is the most exciting place to do AI in health.”

The Netherlands Cancer Institute (NKI) is a partner of our initiative Smart Health Amsterdam and a member of the Amsterdam AI coalition, a unique collaboration between Amsterdam knowledge institutions, research and medical centers, the municipality of Amsterdam and the Amsterdam Economic Board. This coalition focuses on the development and application of responsible AI by combining the power of AI with a human centered approach

This article was originally published on Smart Health Amsterdam. 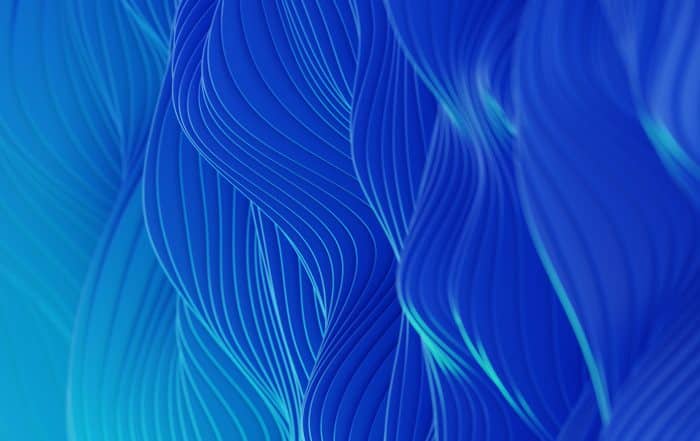 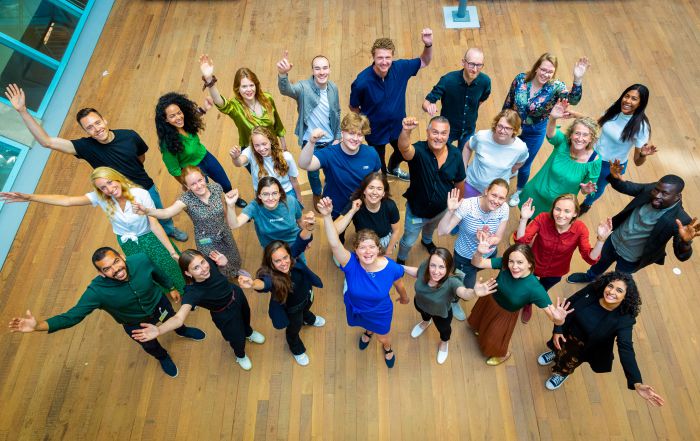 Slowing down dementia: early diagnosis matters, and biomarkers are key