Both are directly confronted with energy consumption in their region on a daily basis. The office of Azerion director Atilla Aytekin looks out on one of the largest data centers in Schiphol-Rijk. There and in other data centers around the world, the game and advertising company’s thousands of online games are hosted. About thirty kilometers away, Jeroen Verwoort, alderman in Velsen, sees the smoke coming from the blast furnaces of Tata Steel from his hometown of IJmuiden.

These are different forms of energy consumption, but the similarity is clear: to achieve an energy transition, both data centers and heavy industry must use much less energy. And both men try to contribute to this, each from their own role. There are more similarities between the two: they both recently joined the Network Council.

What was your motivation for that?

Atilla Aytekin, Director of Azerion: “The Board is largely concerned with the same matters as us. We too are thinking about how we can make things greener. We too want to use public-private partnerships to put certain themes on the agenda. Think of AI and gaming and gamification. For example, we want to set up the largest gaming start-up center in Europe, for which we also work together with the municipality. By the way, I registered with the Board on one condition: I don’t want the Board to be some kind of support group. My ambition is to really take action. To put forward project managers who can execute the plans when we have made plans. ”

Jeroen Verwoort: “As a municipality, we find cooperation in the Metropolitan Area very important, which is why we were already affiliated with the BO Platform Economy. The Board is an important link for this platform. Not only on a strategic level, but also on an executive level. I hope that with our membership of the Network Council I can emphasize the versatility of the Metropolitan Region. The North Sea Canal Area, IJmond and the industry here make an important contribution to our economy. Most of the maintenance of the offshore wind farms is done from our ports. We want to become the green plug for the whole of the Netherlands, we work – also with Tata – on a cleaner manufacturing industry. We can make good use of the Board for this and vice versa, I think we can also make an important contribution to the Board’s objectives as a region. ”

“We want to become the green plug for the whole of the Netherlands, we are working – also with Tata – on a cleaner manufacturing industry. We can use the Board for that. ”

Those goals are: a smart, green and healthy region. What role do digitization and artificial intelligence play in this?

Convicts : “Digitization is inextricably linked to the challenges we face as a region. Often the tendency in traditional organizations is to ‘do something with digital’, but the reality is that they are not two different tracks. Almost every organization is or will become a digital organization. Take the manufacturing industry in our region. Thanks to all kinds of digital applications, it can operate much more efficiently through the use of artificial intelligence. By including sensors in wind turbines and industrial machines, we can organize maintenance much more efficiently. A more efficient industry is automatically also a cleaner manufacturing industry, because much less energy is used. Our role as a municipality is primarily a connecting one: we should not sit around inventing things ourselves. Recently, for example, I brought some people involved in smart maintenance and sensoring into contact with a few people behind the project AI Technology for People , which focuses, among other things, on healthcare in the Metropolitan Area. Then you immediately see an interesting exchange of knowledge developing. I think that should be exactly the role of the Board. ”

Aytekin : “Of course we only operate digitally. All our games already contain artificial intelligence: we use it, for example, to estimate the level of a player in a very short time. The same applies to our advertising technology: we use it to perform 1.5 billion transactions per hour. There is a lot of complex technology behind it, including AI. We must also use this technology for a smart, green and healthy region. I think gamification is a good way to do this: after all, gamification is a complex simulation. We can use these kinds of simulations to improve healthcare and logistics.

It is not without reason that we also want to set up that start-up center for games. I think we should not only work on a smart, green and healthy region, but also on an entrepreneurial region. I really want to work for that in the Board. The necessary transitions in the port, at Schiphol, in the Metropolitan Area should actually become a business case that the whole world looks at with envy. Compare it with the way we treat water. We really have to do it and that requires entrepreneurship. ”

Convicts , nodding hard: “Hear, hear! I totally agree with that. If we are not entrepreneurial, we will not make progress. Entrepreneurs have such an enormous amount of innovative power, which we have to use in the challenges we face. Knowledge institutions and governments cannot do this alone. ”

Many members of the Network Council see the shortage of technically trained personnel as a major challenge. The municipality of Velsen is working closely with regional industry in the Techport program to train more people. How does that work?

Convicts : “In Techport you see a lot of that entrepreneurship and that cooperation that is so important to achieving our goals. The province works with municipalities, Tata Steel and other entrepreneurs, among other things on a healthy labor market. Finding good technical personnel, both for Atilla’s digital technology and for the physical technology that plays a major role in our municipality, has been a major problem for years. I think that we as a Metropolitan Region can pay more attention to this. There are too many courses to train for unemployment; we must encourage young people to make better choices. The manufacturing industry has an image problem, people think that physical technical work is dirty and hard, for example, and only for boys. Tata has her own Academy where a girl and her mother recently came by. They both started to do the training. Those kinds of things are really cool. People have to tell those stories. We need role models. ”

Aytekin: “I think it is indeed largely marketing. We need to fill in the labels better, also with digital technology. Engineer or software engineer doesn’t tell people that much, while gaming is much more appealing. A Gaming Academy is more interesting for many young people than an IT Academy, while we can teach them the same things. IT professionals from our organization also end up at companies such as Funda and ASML. ”

Alderman Verwoort also talked about role models. In an interview with the FD I read that you would like to be a role model for young people with a migrant background.

Aytekin: “Certainly. At the time, he played for the Dutch team. And suddenly I saw that as a Turkish boy in the Netherlands you could achieve something great. I even spent six months in boxing then. That memory makes me want to be a role model too. My friends sometimes ask me why I keep mentioning my migration background in interviews. I do this because I want to show young people that you can also set up a listed company as a child of a factory worker. ” (Azerion wants to go public next year, ed.)

What is your personal motive for dealing with the challenges of the region?

Aytekin: “I have received something good from this society and from my environment and that makes me happy. I think I should do something in return, for example leave a better earth behind. I was shocked by Azerion’s ecological footprint, how much energy we use and how many plane trips we had made in 2019. That must change. We now purchase our energy more consciously and have also asked for sustainability certificates when choosing a hosting party. One batch therefore dropped out and the fact that this happened for that reason was new to them. This is a learning for us, they said. This will show you how much effect you can have by sticking your neck out. So I want to keep doing that. ”

“I feel like I leave a better earth behind. I was shocked by our ecological footprint. That must change. We are now purchasing our energy more consciously and have also asked for sustainability certificates when choosing a hosting party. ”

Convicts: “In my work I want to feel that I am making a difference. Entrepreneurship, innovation and digitization are my motives in this, and in my current role as alderman these come together. I already see so many beautiful things happening in my area. Paper factory Crown van Gelder that can now make paper from sugar beet. The cold stores of the Gebroeders Kloosterboer in our fishing port, the largest in Western Europe, which are almost energy neutral with insulation and solar panels. The sustainability move that we are now going to make at Tata, the hydrogen economy that will arrive from 2030. I get energy from things like that. So I’m looking forward to the future. ” 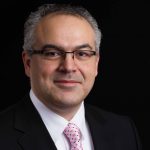 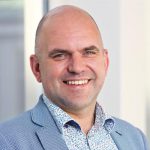 Board Talk: ‘Only invest in companies that operate sustainably’ 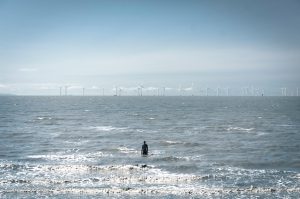 Board Talk: ‘We must change our energy system’ 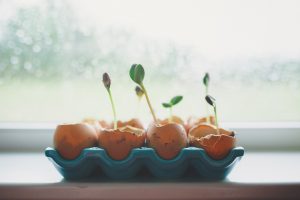 Board Talk: ‘The best people are not necessarily the people with a Harvard PhD’