Ambitions of the outer category: 100,000 extra cyclists in the region

The bicycle is a sustainable solution to many of the challenges in the Amsterdam Metropolitan Area. It is therefore logical that the Green Deal Bicycle has a strong ambition: 100,000 extra cyclists in the region. At the last meetup before the summer we pump up the tires again.

The economy benefits from more cyclists, as does infrastructure, the environment and — perhaps most importantly — our health. And then there are all kinds of social reasons to encourage bicycle use.

To achieve this, a strong network is needed. And those present at the Meetup Green Deal Bicycle are working hard on this. Frans Hasselaar, coordinator MRA Fiets and one of the initiators of the Green Deal Bicycle: “The most important factors for the success of innovation are crossovers between sectors, between government, business and education. Innovations succeed by combining ideas, which is why we bring everyone around the bicycle together here.”

Do you know or are you someone who should not be missed in the strong network around the Green Deal Bicycle? Send an email to Richard Hoving.

View the presentation of the Green Deal Bicycle Meetup here (in Dutch) and view all photos of the inspiring morning here.

The Green Deal Bicycle is currently working on a covenant and work plan. The core team of the Green Deal Bicycle consists of the Board, the Amsterdam Metropolitan Area and BYCS. Aldermen Marja Ruigrok (Haarlemmermeer) and Bram Diepstraten (Velsen) are the ‘administrative bicycle tandem’. And then there are also four theme groups, each with a team captain and active participants in the form of sprinters and climbers.

(Text continues below the photo) 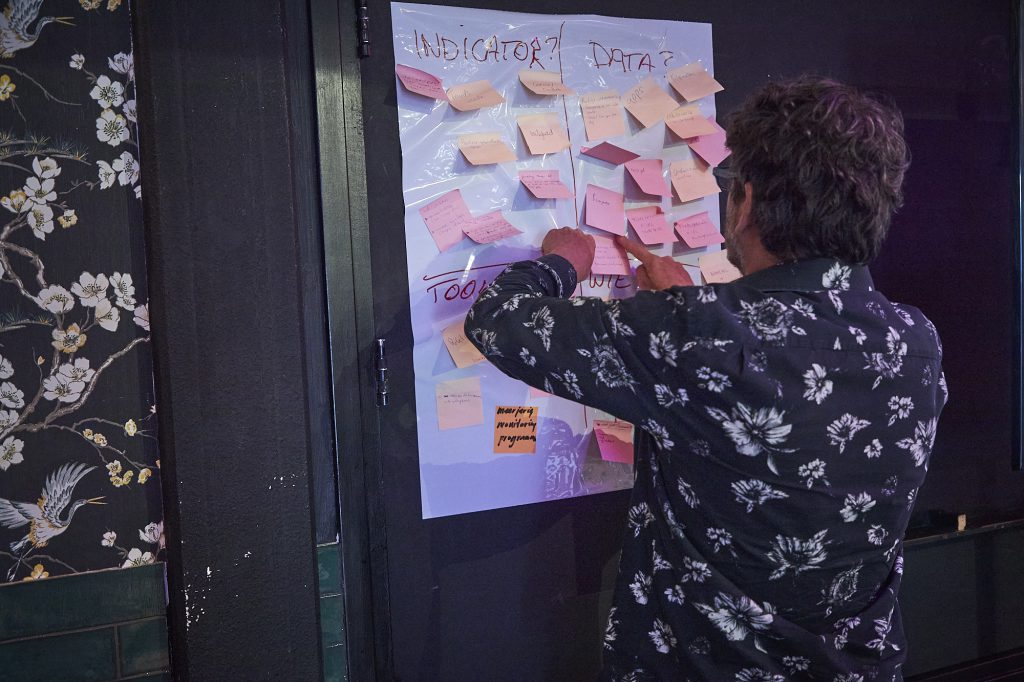 The four themes on which the Green Deal focuses are bicycle service points, bicycle-friendly employment conditions, knowledge bundling and child & bicycle. Today we will work on these topics in sub-sessions.

Buningh is a business developer at BAM Infra and team captain of this sub-theme within the Green Deal Bicycle. He is also the client of Puck Loendersloot, who conducted research for her graduation into the usefulness, necessity and possibilities of bicycle service points. She found about fifteen suitable locations in the metropolitan region. During the meetup session, two more possibly suitable locations were added. Participants from the Municipality of Almere and Amstelveen/Aalsmeer referred to bus stations as Aalsmeer and Almere ‘t Oor.

In the sub-session on the topic, she explains that her research was mainly exploratory. “Because it doesn’t exist yet, it is difficult to understand what such a bicycle service point really is, how sustainable it is and what it can yield. That is why it is important that we open the first one quickly.” For example, the right model is still being sought: should it be completely commercial, should the government take the lead, can we make use of labor market subsidies?

The focus at the bicycle service points is on the commuter, but holidaymakers are also welcome. “I can imagine that it will be recreational users and cyclists who will soon make use of the catering industry, especially if you also include this in cycling route apps. The commuter wants to move on quickly,” someone says. Buningh certainly thinks so: “But our business case focuses on the commuter, they form the basis. Recreational cyclists and event traffic will soon be the pluses.”

Anyone who learns to cycle as a child will never forget it. It is therefore logical that attention to children is an important part of the Green Deal Bicycle. Theme leader Remko Pijnaker, founder of Groeifiets, talks about two successful pilots at childcare organisations. Other pilots are planned after the summer and anyone who wants to start something in his or her municipality is welcome to report to Pijnaker.

(Text continues below the video. The video is in Dutch)

A nice consortium of Groeifiets, the Fietsersbond and Nexttechnician, soon arises at the table, which among other things organizes technology excursions for secondary school students. “There it always proves difficult to go to locations with students, maybe we can go cycling,” says Jacques Neefs. “But not everyone has a bike and not everyone can cycle.”

Neefs’ ambition is in line with the Fietsersbond program ‘Voor ieder kind een fiets!’ (in Dutch), which will be implemented differently in different regions, about which Esther van Garderen talks. In Utrecht, for example, children with a city pass receive a refurbished bicycle that they can exchange if the bicycle becomes too small. They also learn to fix a tire and perform minor repairs.

Knowledge bundling around the bicycle

The impact of the bicycle is much bigger than we already know and probably bigger than we think, says Maarten Woolthuis, co-founder of BYCS. Together with the Impact Institute, he is therefore looking for methods to quantify the effect of bicycle use. “It remains difficult to convince parties of the importance of the bicycle, so we must have a framework with which we can give decision-makers the courage to fully commit to cycling.”

Measuring impact makes it easier to compare developments, prevents bias and inconsistency and makes the interpretation of data more meaningful, says Roy Verkaik of the Impact Institute a little later in the sharing session. BYCS and Impact Institute will further develop the Impact Measurement Framework in the coming period, think about wider application and motivate stakeholders.

The conversation is about the tools, data, monitoring and people needed to reach more decision makers. There is no shortage of data and tools, according to those present. And one of them talks about the bicycle viewer in The Hague, a great monitoring system. “You would say that this can easily be copied by other systems, but that actually does not happen.”

View the presentation of the breakout session Knowledge bundling here. And view the Impact Measurement Framework here (both in Dutch).

“The e-bike is a game changer,” said Jennifer Woltjer, commercial project manager at Lease-a-Bike. “We are prepared to cycle 15 kilometers to work with an e-bike and 52 percent of working people in the Netherlands live in that range.”

Her message? The bicycle can easily be added to the terms of employment. In her sharing session she lets Rogier Stout of the province of Groningen speak. For him and his colleagues, the bicycle has been part of the employment conditions package since April. Those present ask Stout to get the job done. About the success — that’s great, 10 percent are already participating and the reactions are positive. About the addition — whether it is not a deterrent, someone asks, but Stout has not heard anything negative about this yet. And about the maximum compensation — the province pays 50 percent for bicycles up to 6,000 euros, employees above that pay 100 percent of the costs.

The sprinters, climbers and platoon members of the Green Deal Bicycle present today again shared a lot of knowledge and gained inspiration. In the coming period, the leaders will continue to work on the sub-themes with other interested parties, and in the autumn the entire network will reunite for a new meetup.

(Text continues below the photo.) 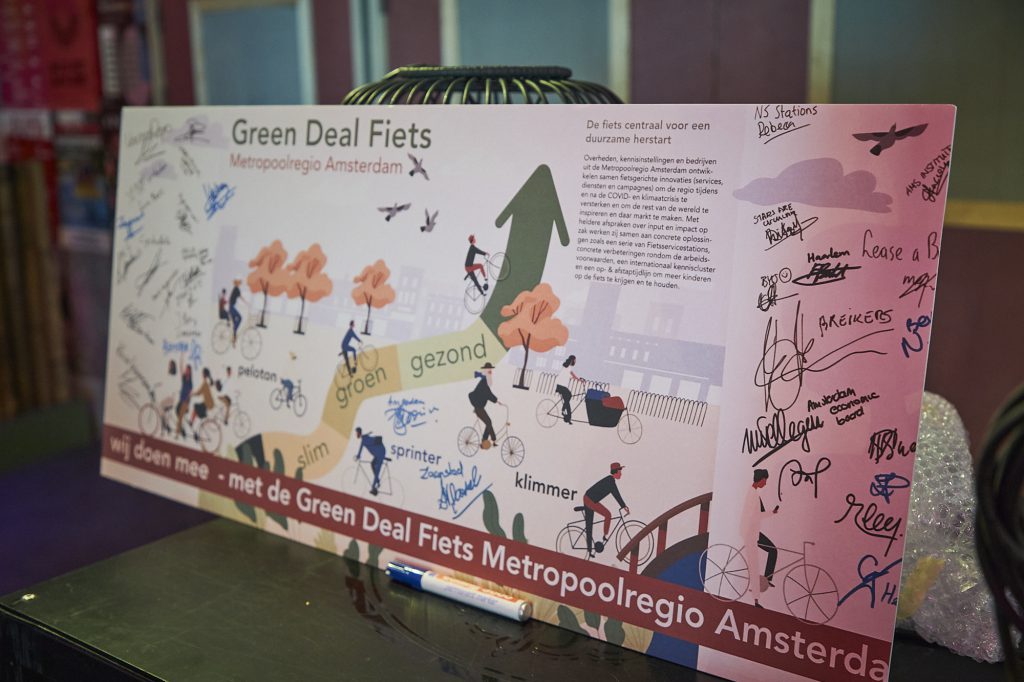 Do you have a proposal, idea or problem in your bicycle bag? Or would you like more information about signing the Green Deal Bicycle? Then contact Richard Hoving, at the Amsterdam Economic Board. 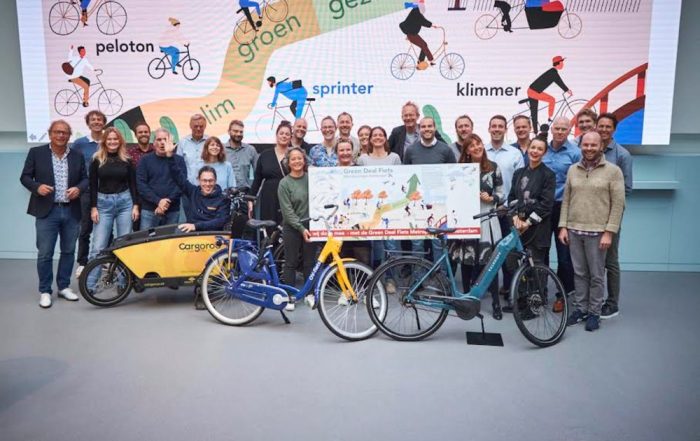 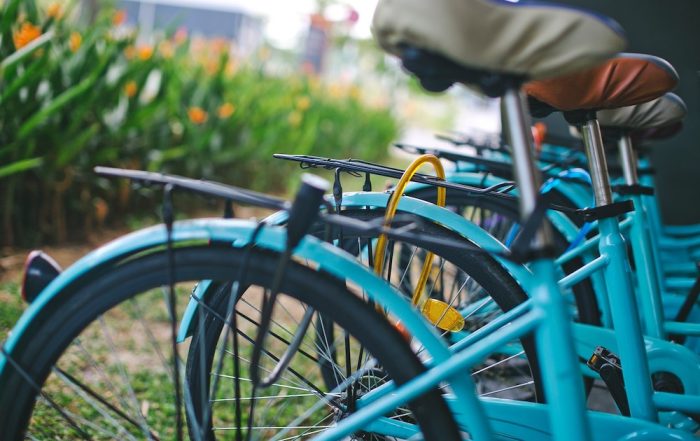