Prize winners Dexes and Madaster complement each other perfectly

Dexes and Madaster are the winners of the competition for an open, fair and reliable data market in the Amsterdam Metropolitan Area. With an investment of 750,000 euros, they can realize their grandiose ambitions. "There is a lot of valuable data, but there are still too many technical and legal barriers to share it smartly." And that must be solved quickly, as the current corona crisis shows us.

The spark between Dexes and Madaster ignited during the pitches. Both parties participated in the competition of the Amsterdam Metropolitan Area and Amsterdam Economic Board for the best idea for an open, fair and reliable data market. “Fantastic, what you all come up with,” Hayo Schreijer of Dexes told Pablo van den Bosch of Madaster. “Fantastic, what you can do”, Van den Bosch responded.

Madaster, like Land Registry for land, wants to become the registration database for the built environment.

This is how. Madaster, like Land Registry for land, wants to be the registration database for the built environment. Together with Cirkelstad (Circular City), a cooperative that brings together organizations and cities with circular ambitions in construction, Madaster aims for all buildings in the Netherlands to have a ‘materials passport’ to assign value to (building) materials. “We want to enable the transition to a circular economy through technology and data”, says Van den Bosch. “With this database we can also provide market places with information about materials released from buildings, so that they can bring supply and demand together. That information also says a lot about the safety and accessibility of a building, which in turn is relevant for the fire department and government.”

“We want other parties to be able to use the data in a responsible way, based on Tada principles.”

The Municipality of Amsterdam launched the competition last year with an investment of 750,000 euros as a reward to stimulate the development of an open market for data exchange. Development of this market must ensure that governments, companies and knowledge institutions contribute – through data – to a green, healthy and smart region. The competition matched exactly what Madaster considers important. Van den Bosch: “We want other parties to be able to use data responsibly, based on Tada principles.” 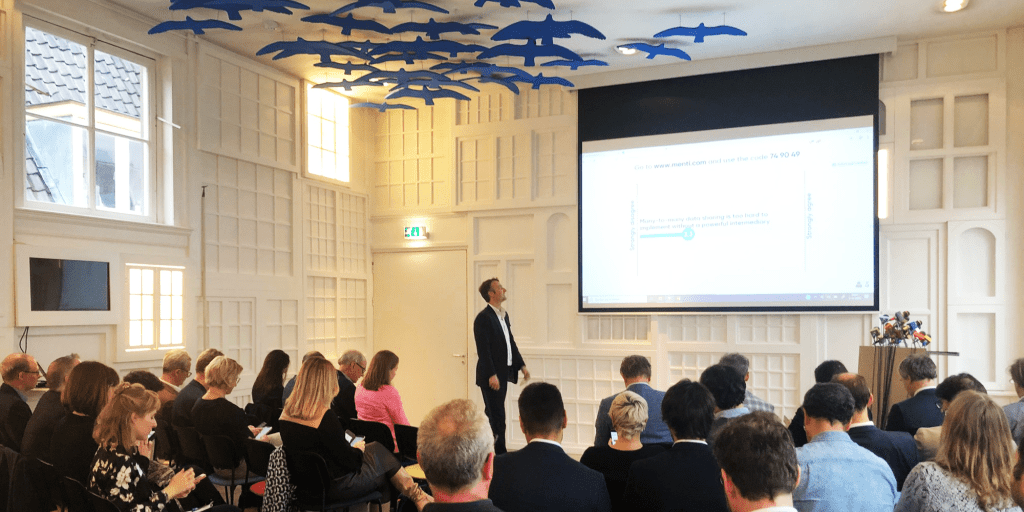 Madaster is a specific application of what Dexes wants to achieve. “There is a lot of valuable data,” says Schreijer. “But there are still too many technical and legal barriers to share these smartly. We want to change that with Dexes. We are losing enormous economic and social value if we don’t facilitate this.”

Dexes is a new organization, founded by the companies Textinfo, Coherenza and Argu. Textinfo specializes in searching in unstructured data and has been working with Coherenza for some time, of which Schreijer is co-founder. Together they are responsible for, among other things, data.overheid.nl, the national data portal of the Dutch government. For the competition, they also involved startup Argu, which specializes in linked data technology — more on that later. “For example, they collect all council information from municipalities and make it reusable,” explains Schreijer.

Dexes wants to facilitate the sharing of data by public, private and public-private organizations through the removal of technical and legal barriers.

Dexes wants to facilitate data sharing by public, private and public-private organizations through the removal of technical and legal barriers. “A lot of data is commercially or privacy-sensitive, so organizations are not willing and able to share it,” says Schreijer. “You will soon be able to indicate on our platform under which conditions you still want to share certain data and with whom. This creates a data deal. The exact agreement is irrefutably recorded in it.”

What Dexes has proposed does not yet exist. “It is therefore not easy to implement our plan,” says Schreijer. “But together with Madaster we want to show that it works.” Madaster has been active for a few years and users of the platform have now registered about a thousand buildings. Van den Bosch: “There is complicated technology behind it: cloud computing, big data, the smart linking of data sources and it is also in line with the ever-increasing digitization of construction. Until now, we have mainly been concerned with the registration of the built environment. The standards and conditions for sharing data with others, for example via a data market, had not yet caught our attention. By working together with Dexes, we can broaden our scope and allow our users to handle data responsibly in many more areas.”

With the Solid Pods, Dexes also contributes to the development of AMdEX.

So-called Solid Pods are central to the technology that Dexes intends to apply. The idea for this comes from Tim Berners-Lee, inventor of the world wide web, who wants to use it to curb the data power of the large companies. Every individual and every organization can purchase such a Solid Pod, in which you then store all your data. You can give applications access to that data via a link.

Worldwide, only about a thousand people now have their own pod, says Schreijer. “I also have one. To test how I can get control over my own data. Solid is still in its infancy, but developments are moving fast. The pressure is on: we want to get rid of those central systems that collect all those data about us.” With the Solid Pods, Dexes also contributes to the development of AMdEX. AMdEX has gathered a leading group of parties in the region to enable reliable data sharing.

The project has a duration of two years and something is delivered every three months. Work is now underway on a first version of Dexes and on a first version of a standard for data deals. The latter also causes some headaches. Schreijer: “How do you come up with a standard that works for all possible types of data deals? In which all possible conditions can be included? So we are still puzzling on that with the parties involved.” 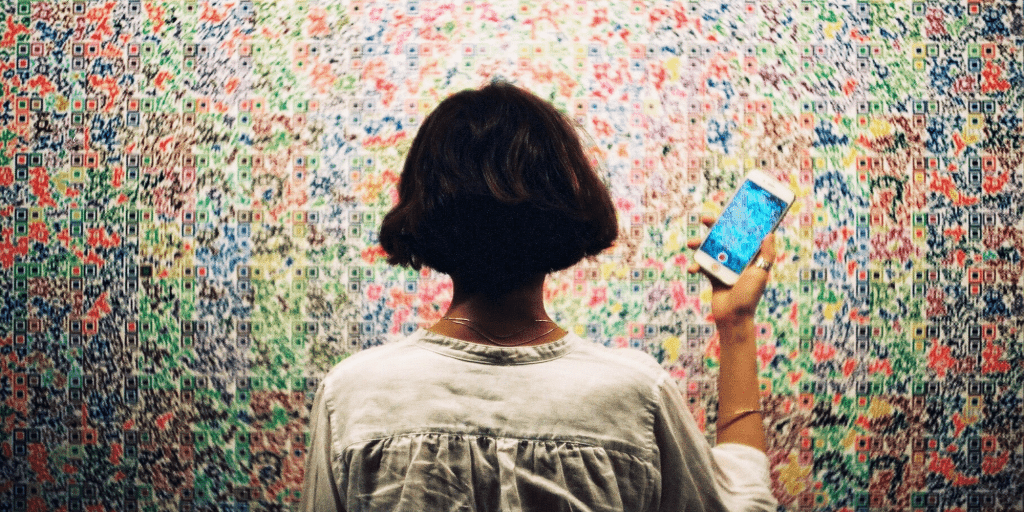 Madaster makes the transition to a circular economy easier

“An emphatic part of the competition was that the data market can also operate outside the Amsterdam Metropolitan Area. Dexes is developing a generic solution that can support easy data sharing for any region or organization. There is already a lot of interest in Madaster worldwide,” says Van den Bosch. “We will also start in Switzerland, Norway and London, and there is also interest from Taiwan and Australia, among others.

The Madaster platform is now in use in most of the 32 municipalities in the Amsterdam Metropolitan Area. And a multitude of construction companies, architects and (housing) developers use Madaster to record entire buildings, i.e. construction, materials and products. Among other things, it makes reuse easier and financially interesting in the future.

While Dexes works with the prize money on the underlying technology, Madaster uses it to improve its functionalities. Van den Bosch: “This requires ICT capacity, we have to communicate about it, help people register their building, ensure that supervision is properly arranged and that the functional applications can be used more effectively. We can use the money from the competition so use it well.”

What will the residents of the Amsterdam Metropolitan Area notice when Dexes is launched with Madaster as a usecase? Madaster makes the transition to a circular economy easier, says Van den Bosch. “Everyone benefits from that, of course. And also from the oil slick effect of our idea on other sectors. Madaster is very practical if you are a home owner. Then you immediately know the material value of your home. Thanks to the material passport you also know exactly the surfaces of windows and with which paint they are painted. So you can give your painter a much more accurate assignment during maintenance. And also with renovations it is immediately useful if you know what materials a wall or your dormer is made of.”

Dexes wants to use yet another usecase to demonstrate that their idea works. “Amsterdam has now developed about sixteen usecases,” says Schreijer. “The Port of Amsterdam is a good example. By smartly sharing data about energy consumption and energy supply, you could only switch on energy-guzzling machines if there is a lot of supply from solar panels, for example. In order to make efficient use of the available energy and reduce the pressure on the energy grid.”

The current corona crisis makes the importance of data sharing even more topical. Targeted care and the development of a vaccine require many different types of data.

The current corona crisis makes the importance of data sharing even more topical. Targeted care and the development of a vaccine require many different types of data. Think, for example, of epidemiological data, data on the course of the disease and test results of vaccines. That data is now distributed to many different parties such as hospitals, clinical researchers, biochemists and industry. A lot of data is also commercially or privacy-sensitive. Nevertheless, all available data must now be available without hindrance. The questions now are where to find relevant data, what conditions and agreements you have to make about use and how you can access that data.

A data marketplace like Dexes envisions can also help in this case, says Schreijer. “With a smart search engine and clarity about the conditions of each data provider, data deals can arise. In this way, a lot of data that is normally not shared can be made available.”

Van den Bosch does not hope that the current crisis will slow down the further development of Madaster. “Innovations always require extra attention in addition to regular business operations. Madaster now has less priority for our clients. Perhaps the crisis will contribute to a further digitization of the construction sector, although this should not be done too forced. I am particularly curious to where we are after this crisis.” 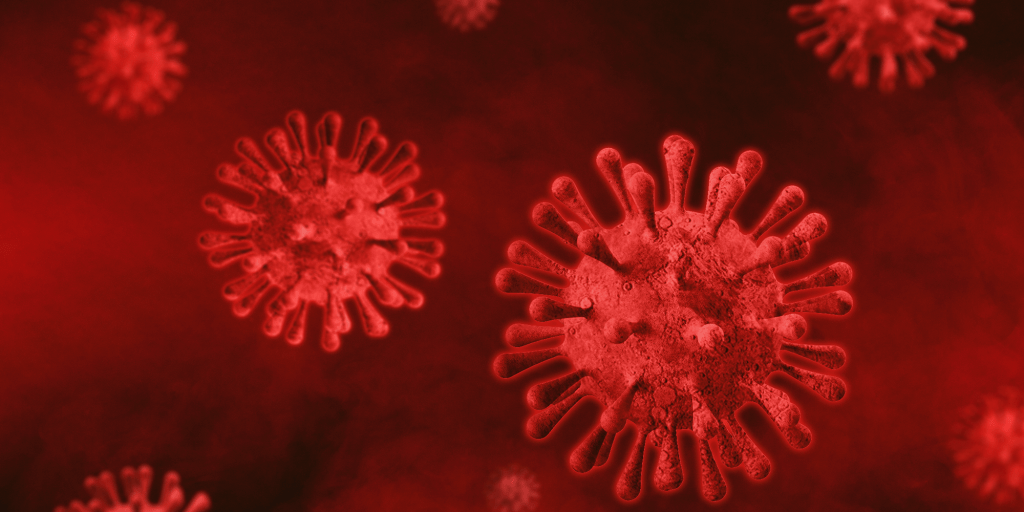 Van den Bosch was working in financial services when a few years ago he met Thomas Rau, an inspired architect who is pushing boundaries in many areas and challenging the status quo. “He asked me to think about how we would get the capital to realize a cleaner world. I then worked with him to devise Madaster, among other things.”

His ambitions are great. “In five years’ time Madaster will be a source of information in everything that is built: as a marketplace, for financiers, area developers and also for the public sector.”

For Schreijer, the competition was a push in the right direction. “Data.overheid.nl already offers insight into all available data. The competition prompted us to think about how we could further develop this to support data sharing. And with whom we could do that.”

Schreijer also has great ambitions with Dexes: “I would like to see data sharing become a utility in about ten years’ time. That you no longer have spend another thought on the complexity of such an infrastructure, just like getting water from the tap.”

Contribute to a fair, open and reliable data market