Life Sciences Café is finally back live – and interacting. Its latest edition featured Scenic Biotech’s CEO talking about how the company is scaling its ground-breaking new approach in treating cancer and inherited diseases. Another presentation outlined how the Biotech Booster programme will unleash €250 million to help the Netherlands scale on these kinds of success stories.

Before COVID, the Amsterdam Economic Board and EY organised an Amsterdam Life Sciences Café four times a year. But the recent edition on 4 October 2022 at Café Polder in Amsterdam Science Park was the first return to the real world in almost three years. Appropriately, the overarching theme was valorisation: harnessing knowledge for social and commercial purposes. The main question was: ‘How do you push an innovation to the point where it can have positive impact in the real world?’

Much had changed since the last gathering. Perhaps the most visible example was the transformation of the old parking lot near Café Polder into LAB42. It’s a great fit: as a ‘new hub for the development of talent in the field of digital innovation and artificial intelligence, facilitating partnerships between students, researchers and businesses’, LAB42 can be regarded as an expanded brick-and-mortar version of the Life Sciences Café.

As Gerty Holla, Lead Health at the Amsterdam Economic Board, observed in her welcoming comments: “The ecosystem has bloomed, with more collaborations and investments than ever. Our initiative Smart Health Amsterdam, as an umbrella brand for the Life Sciences & Health industry, is now made up of over 1,200 people and hundreds of organisations and hosts all sorts of events. And this has all happened during challenging times.”

Davide Iannuzzi is chief impact officer – as well as a professor of experimental physics – at the VU University Amsterdam. He came to talk about the new Biotech Booster programme, which has been awarded €246 million from the National Growth Fund.

Indeed, the Netherlands needs an extra push. While being a recognised global leader in terms of R&D, the country lags in turning these ideas into actual products and services, observed Iannuzzi.

But as a unique public-private collaboration involving Dutch universities and UMCs as well as global players such as HollandBIO, Janssen and DSM, it’s hoped that the Biotech Booster will make the Netherlands “the Boston on the North Sea” as someone likes to call it.

In the process, Iannuzzi believes we can use biotechnology to confront environmental and agricultural challenges. “We’ll also be able to address that mother of all applications: life and health,” he said. “It’s estimated that 45% of the disease burden could be addressed by biotechnology.”

“And sorry if this all sounds too hipster,” he added. “It also makes business sense. It’s estimated the sector will be worth five trillion dollars by 2050, which – to put it into perspective – is twice as much as what was exported from China last year.”

While it’s still too early days to formulate the concrete process behind Biotech Booster, Iannuzzi presented a three-step solution for the next 10 years that winnows down hundreds of ideas to those couple of dozen that show the most promise in terms of impact. “We’ll be able to give you a clearer picture over the next couple of months,” he added. The programme is expected to formally launch in 2023.

Iannuzzi praised the programme’s initiators, Board member Mirjam van Praag and Annemiek Verkamman, who decided to take action after meeting at a networking event similar to the Life Sciences Café. “They shared their frustrations and decided they had to do something,” said Iannuzzi. “So I’d like to say there’s a very strong role for organisations such as Smart Health Amsterdam to be the oil in the machine in terms of network and synergy.”

Oscar Izeboud is the CEO at Scenic Biotech – a scale-up out to “identify genetic modifiers for drug intervention.” Also known as disease suppressors, these genes can slow or completely block the effect of a disease-causing mutated gene. Before Scenic Biotech developed their technology, these modifiers were notoriously hard to find. But now, their potential seems almost limitless.

Izeboud joined in 2020 to oversee the company’s expansion after a diverse career that included financing and business development across the life sciences and healthcare sectors. He took over as CEO from co-founder Sebastian Nijman, who is now the company’s chief scientific officer. “I apologise to Sebastian, who’s also in the audience,” joked Izeboud. “It might be painful for him hearing me struggling to explain the science.”

Originally founded in 2017 as a spin-off of the Netherlands Cancer Institute and Oxford University, the company is expanding its Cell-Seq genetic modifier target discovery platform – thanks, in part, to a recent €28 million Series A investment round. Besides receiving ample funding, the company is also expanding rapidly thanks to a (up to) €375 million discovery deal with Genentech, one of the biggest and most reputable biotech companies in the world.

Having already identified several novel genetic modifiers for over a dozen inherited diseases, the company is now out to build the “largest proprietary data warehouse of genetic modifiers.” Meanwhile, they hope to start clinical testing of applied solutions in 2023, which is also when they hope to be IPO-ready.

Izeboud believes one of the strengths that gives the company a chance at longevity – and not, for example, getting bought out – is its diverse and international flavour in terms of both venture capitalists and employees. “We’re also good at re-inventing and always open to new options and types of partnerships. In this way, we can go anywhere.”

There’s also a strong will: “We want to become a scientific engine to keep making solutions.” 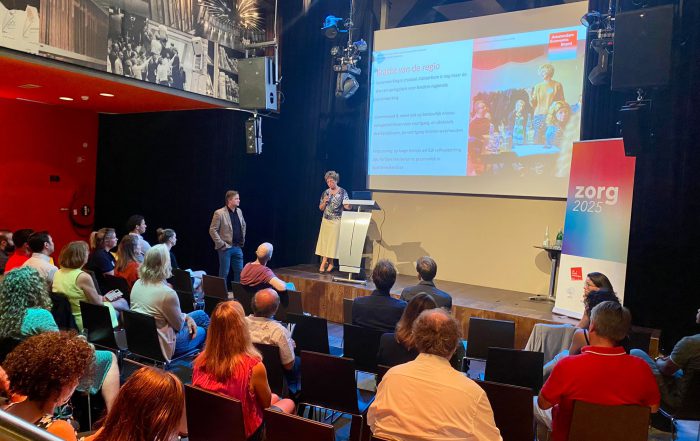 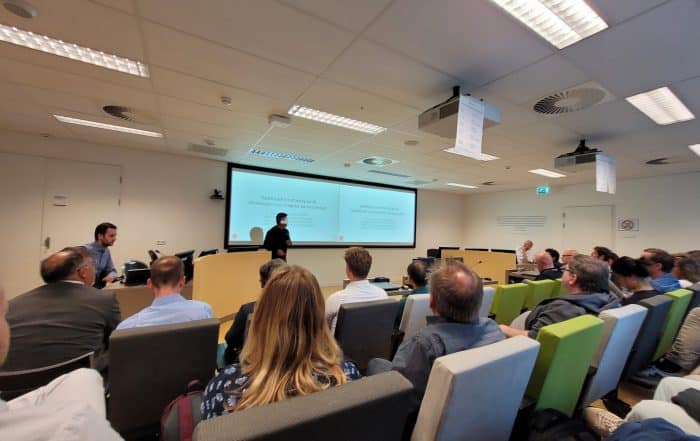