A child wears 4.5 diapers a day for an average of 3 years. In Amsterdam and the surrounding area alone, this is the equivalent of 142 million baby diapers per year. Annual in the Amsterdam Metropolitan Area 57.1 million kilos disposed of diaper and incontinence material. Only 1% of this is collected separately and composted. A shame, because that material is easy to reuse.
For instance, you can recover plastics from the diapers for use in the production of bottle caps for cleaning products. And the moisture-absorbing material can be reused in new diapers.

Reason for Jacqueline Cramer to investigate how diapers can be recycled on a larger scale for the raw materials transition program of the Amsterdam Economic Board (in short: the Board). “I want to get the diaper recycling to the point where you get all the parts of the diaper back as some kind of virgin material.”

The market does not organise itself to you

Cramer found out that she did not have to go to the established companies for this. ‘In terms of sustainability, it soon got stuck with solutions such as ‘burning more energy-efficiently’ or ‘reusing some plastic’. You don’t usually get the best innovative recycling options from established companies. Because you become established by optimizing your processes, and not by radically renewing them.’

Also startups in their own right could mean little in the transformation of the diaper recycling market that Cramer had in mind. ‘We often think we have to rely on startups. But most innovators, large or small, run into the same problem: the market does not organize itself according to you. ‘

If you really want to achieve something and remove barriers, you have to change the system, Cramer and the Board concluded. For example, there were quite a few companies that wanted and could recycle diapers, but it had to be profitable for them. And that meant that there had to be enough volume so that the machines didn’t run for nothing. So Cramer and her colleague at the Amsterdam Economic Board established contacts with large municipalities within the Amsterdam Metropolitan Area, collaborated with day care centers and placed containers in Amsterdam East where parents could dispose of their diapers separately. In this way they guaranteed a continuous flow of materials for the recycling companies.

Then it was necessary to find out what the quality standards were for the reuse of diaper materials. And a market had to be found for the recyclate. After all, you don’t want to recycle mountains of diapers into mountains of cleaning agent caps and then stick with them. “You have to make sure that the whole system moves with it,” explains Cramer. ‘That’s a lot of work. If a company has to do all of this alone, they often stop before they even started. ‘

The structure must stand

Moving the system is therefore not only up to companies, she believes. It’s also up to the government. ‘The structure of collaborating parties must be in place before you can start with the circular initiative. This requires something new from the government: preparing a system innovation. In the case of diaper recycling, this meant a guaranteed volume, municipalities and nurseries participating and a guaranteed sales market. The Amsterdam Economic Board has therefore coordinated very well with municipalities, the province and the company that wants to invest in diaper recycling: what do you do and what do we do. This is how we bring about that system change together. ‘

Preparing for system innovations – that is not a natural role for the government, Cramer knows. ‘The government does provide innovation subsidies or loans, but they are only useful once you have organized the system. A circular economy only really gets off the ground when the demand for circular designed and produced products increases. That is not done at the push of a button. That transition requires a fundamental shift in our economic system. The government must adapt its tenders accordingly and start circular procurement. That is risky, because you also need to be sure that there is sufficient supply. ‘

In addition, not every form of circularity is equally sustainable. After all, it costs less raw materials to not use materials than to use them and then recycle them. Even in her time as Minister of Housing, Spatial Planning and the Environment, Cramer therefore argued that more attention should be paid to the higher steps on the circularity ladder. At the time, the Lansink’s ladder , a waste hierarchy and standard in the field of waste management, with the ‘steps’ of Landfill, Incineration, Sorting and Recycling, Reuse, and Prevention. But policy often stuck at the level of recycling. Cramer therefore came up with the 10R ladder, where recycling is already on the second step. With eight even more sustainable options on top.

It is therefore no wonder that in the case of the Amsterdam diapers, recycling was only one of the measures. An important part of the project was also to encourage the use of washable diapers. Parents were given the opportunity to try washable diapers free of charge in order to reduce the diaper waste flow and the ecological footprint of disposable diapers.

The building is now in Amsterdam, says Cramer: ‘Preparations are now being made to build a diaper recycling factory. First some financial hurdles have to be overcome. But then the way is clear to start production. ‘ 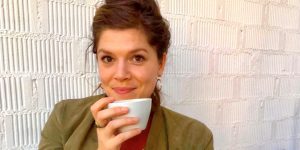 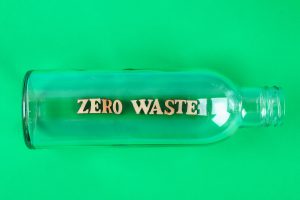 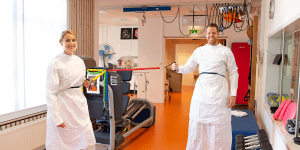