“When I started in 2014, we were still very much working in sectors. It took a while before this idea of a single health data infrastructure really became a mission,” says health lead Jeroen Maas, who is leaving the Amsterdam Economic Board as of July 2021 with “mixed feelings”.

“It’s a good time for something new. But please don’t call it the seven-year itch,” jokes the always amiable Maas. After years as a go-between for academia, policymakers and businesses, he is opting for the commercial world as Philips’ new Director Access to Care Technology and Partnerships.

A consortium of creativity

The timing is impeccable: he’s just finished a plan and roadmap whereby the Amsterdam Economic Board, Amsterdam UMC, City of Amsterdam, The Netherlands Cancer Institute (NKI / AvL), the OLVG hospital, University of Amsterdam, VU University and his future employer Philips work together to establish a Gezondheidsdatainfractuur (GDI, ‘Health Data Infrastructure’).

“This incredibly diverse group with so many different backgrounds all see the value,” says Maas. “Everyone has an enormous passion and dedication – backed by a healthy sense of reality – to work on improving health and healthcare. And this joint interest has unleashed a huge amount of creativity.”

But yes, it was a long road. While data science and AI is currently being applied across most industries, its use in health and healthcare comes with a unique set of challenges – from ethical to technical.

Early on during his tenure at the Board, Maas and some associates made a connection between two different reports: one that hailed the Amsterdam region as a global leader in data science, and another that painted the city as a healthcare innovator – particularly when it came to oncology and neurology.

“Around the same time Google was working on smart contact lenses that could measure insulin and I found that idea quite scary: that a huge company like Google could end up setting the agenda on such an important sector like healthcare,” recalls Maas. “So, we wrote a strategy on making Amsterdam a hub for combining data science and healthcare – one where prevention is the goal, and patients come first and retain control over their data. After we wrote it: lots of approval – and silence…”

However, slowly things started to happen. The Amsterdam Economic Board often played a cupid role in bringing parties together and driving the start of projects and programmes. For example, we set up a European incubator in e-health -FICHe- with nine Dutch and European partners. Of the 20 finalists, 19 brought new products to the market or were acquired. One of the latter, the AI startup – and University of Amsterdam spinoff – Scyfer was acquired by Qualcomm in 2017 for a sizeable sum. Winclove Probiotics, with its millions of data points related to gut microbes, partnered with the national research institute for mathematics and computer science (CWI) to develop projects. The now ubiquitous Pacmed teamed with Paul Elbers at Amsterdam UMC to experiment with bringing AI to the ICU.

“Until 2018 or so, it was mostly about the very manual work of bringing everyone together. On a case-by-case basis, we helped promising digital innovators to overcome hurdles in scaling their solutions – for example in the ‘versnellingsmakelaar’ project. It picked up pace when we began hosting more events like the Life Sciences Café or the Medical Data Plus Pizza meet-ups that actively linked the doctors with the AI people. We picked up more speed when the municipality of Amsterdam joined the ride and started investing money and time to help the AI-Health ecosystem develop. We were also making quite a few European friends,” says Maas.

Meanwhile, the unifying network website Smart Health Amsterdam now has over 1000 members and rising. “Basically, we did a lot of seeding and bringing together of people, and now things were finally blooming.”

Besides setting out a strategy and then setting out to convince everyone, it was also key for the Board to act as a go-between for various worlds – to be a coach of sorts.

“I remember when CWI was connecting with Winclove, CWI said: you can sponsor some PhD students for four years and we’ll give you the outcomes. But as a business going after shorter timelines, Winclove suggested that they actually begin with a six-week collaboration and take it from there,” chuckles Jeroen. “Both views are valid – but also very different.”

“It’s similar with hospitals: they need a lot of convincing. They tend to be very risk-averse. And that’s a great characteristic to have when your job is to cure people. If I’m going to have an operation, I want them to be extremely risk-averse!”

“All parties must come to recognise the value the others bring to the table. And since this all relates to the public realm, it’s particularly complex. So of course, it takes a while for everyone to be on the same page.”

“Here’s where the Board can play an important role. We work for the region, so we are not out to steal your ideas or market share. We can even help find the money to make these collaborations work. In this way, we can all take a step forward.”

Maas is confident we’re nearing pay-back time. Partnerships are running real-world projects that will not only benefit patients but will also be profitable enough to be sustainable. “It’s all happening very quickly now. I imagine that the infrastructure will be in place in the next three or four years. And soon after we’ll have algorithms running in real-time that support decision-making, diagnosis and predicting outcomes,” says Maas.

“Of course, challenges do remain on the tech and legal side. Let’s see how we can turn them into opportunities,” smiles Maas.

Interested in more background on how the Amsterdam region is leading the way when it comes to healthcare and data science? Read ‘The power of a unified data infrastructure: Covid-19 and beyond’ and ‘How is Amsterdam revolutionising AI & healthcare?’.

This does mean there is a great job opportunity at the Amsterdam Economic Board. Are you ready to follow in Jeroen’s footsteps as our new Lead Health? Read more here. 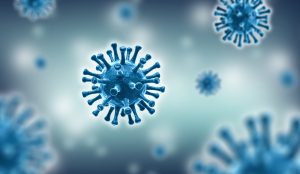 Innovation for Health: How data can shape future of healthcare 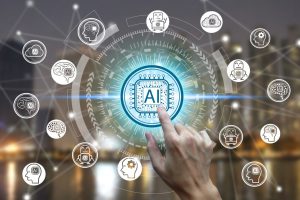 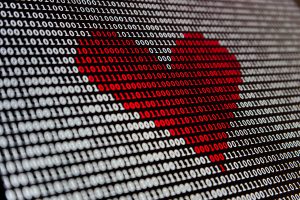