Tapp builds a bridge between the 20th century physical city and the 21st century digital landscape. It works as a collective. For each project, a specific team is put together of people with different disciplines and backgrounds. Tapp is located on it Marineterrein in Amsterdam. In this Living Lab, ideas are tested that contribute to a sustainable and future-proof city. One of the projects that Van Arman is working on with Tapp is the open source crowd monitor . This open source crowd monitor has been developed according to the principles of Tada in collaboration with the Chief Technology Office Amsterdam (CTO) and Markus Pfundstein founder of Life Electronic .

How do you apply the Tada values in your projects?

From Arman : Before starting a project, you should do good research. You have to identify which values and principles are important to you. And, more importantly, which values your stakeholders consider important. That is why you need to meet with all stakeholders at the start of the process to arrive at a joint vision. In concrete terms, we give this shape with a workshop from the Tada toolbox. We organize a session with all stakeholders in which we explain the six Tada principles along the project. How do we ensure that our project is inclusive? How do we safeguard the human dimension? Tada structures the conversation. Without such a structure or framework, such conversations would go on endlessly.

Everyone can speak out during such a session. It is a check whether all stakeholders are on the same wavelength. We record it so that it is clear to everyone what we are developing. After a pilot has been launched, we will organize another such session. Last December we did this for the open source crowd monitor. There is a report came out that for each of the six principles answered three questions: What is going well? Where is the principle not yet fully complied with? And what steps should we take to improve that?

Tapp does many projects in the public space. How do you gain the trust of the citizen, the end user?

I would not call citizens end users, rather people affected by technology. It is precisely because the technology has an impact on citizens that it is important that they have confidence in it. To gain that trust, we have to be honest about what kind of technology we are making and why. Many applications are tech-driven or profit-driven, which is not the correct starting point. You must work for the common good. It must be in the service of your city. To achieve this, citizens must be involved. Let them participate in the development and implementation of your technology. If you co-create trust automatically arises.

You must maintain a fair and sincere relationship with citizens. And you have to document and communicate that. Show it. That way, citizens can see that you are adhering to those values and help them improve the city. Rolling out technology without public participation is not going to work. Citizens’ say contributes to the legitimacy of the applications you implement. And you have to set up checks and balances to ensure that the technology serves the public interest.

With the Tada manifesto you can be very specific about what you mean by that public interest. Tada offers six clear principles that you want to adhere to as a city, what kind of city we want to live in. The digital city brings a lot of change. We are about to cross many boundaries. The six principles help us to control ourselves. It is a filter or lens that we can see through. These are the principles we agree on and must all adhere to.

It is for me. The description of the Tada principles provides a consistent theme. Three of the six principles force you to involve the people who are affected by your applications extensively. So you always have to look: where are the opportunities to get feedback from society? At what time can I talk to citizens? There are always those opportunities, especially in a living lab like the Marineterrein. There are literally thousands of people walking the site that we can get feedback from. We conduct official surveys with questionnaires and clipboards. But I also just speak to people. Then I ask: ‘there is a camera hanging there, does that influence your behavior?’.
You must organize feedback loops to ensure that your technology is responsible and ethical. People need to be involved in the development of technology. So we must ensure that there is a public discussion. We have to get it out of the boardrooms and bring it to the kitchen table.

What could Tada mean for ethical entrepreneurs?

The Tada platform could be a library where methods and best practices are collected. Kind of a Github for developing ethical technology. For example, we have one Responsible Sensing kit developed together with the CTO and CITIXL . It is a step-by-step plan to use sensors in a responsible manner in public space. Among other things, it provides tools for organizing citizen participation and making an impact analysis. We will now test the kit in the field. When completed, it will become the formal toolkit for the Responsible Sensing Lab of the AMS institute . You can also make this framework available to other companies and organizations. You can adapt it so that it can be used in different contexts.
I think the Tada manifesto is beautiful, but it has to become practical at some point. For an entrepreneur it is easy to sign it but more difficult to actually implement it in your project. This is a role that the Tada platform could take on: helping developers move beyond the manifesto and implement it in their project. A knowledge base where developers can exchange their methods is one way to do that.

How can citizens be more involved in the design of the digital city?

My dream is co-creation. I would like to help citizens to transform from consumers to prosumers[mensen die niet allen consumeren maar ook produceren (red.)] . Citizens can use technology to document their problems. For example, noise or air pollution. I want to teach them how to use sensors to collect data. This allows them to demonstrate that there is a problem. That works better than subjective, emotional arguments.

After showing that there is a problem, you can look for a team that can solve the problem. In this vision, citizens are ambassadors for startups. Citizens validate that there is a market. It shows the need, the question, the why. Conversely, startups can become ambassadors for citizens. A startup can work with a group of people who have identified a problem and involve them in developing a solution. Tada could help involve citizens in the creation process. And it could act as a matchmaker that brings citizens and entrepreneurs together.

About the manifesto ‘Tada – Clear about data’

The promises of the use of data and new technologies are great; our cities are becoming greener and more livable, healthcare more effective and education more accessible. But what happens to all the data and who is ultimately responsible for it? In the manifesto Tada contains values that should apply in digitally responsible cities.

Do you want our latest news and the receive upcoming (online) events? follow us on Twitter and LinkedIn and sign up for our monthly Board update . 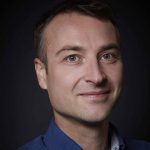 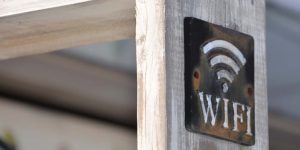 ‘We need to talk to each other about the digital society’ 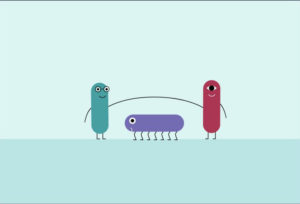 Value hierarchy: translating the values of tada into practice 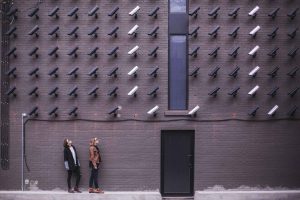