“ The aim of the Green Deal Fiets is to establish concrete goals and actions with which we take the regional cycling culture to a higher level,” says Richard Hoving of the Amsterdam Economic Board at the start of the follow-up session. “The Metropolis is the place to be for cycling culture and innovation and we want to make further use of that together.”

After the kick-off in February, early this month, small groups brainstormed about the four cycling themes on which the initiative initially focuses: service stations, terms of employment, a knowledge cluster and children. Those involved today share the results of that session.

Marcel van Beek of the Schiphol Group takes his audience to the advanced plans for a bicycle service station. This pilot has been commissioned by the State Secretary and Schiphol is making space available for this purpose between Amstelveen, Badhoevedorp and Schiphol, along the N232 and at the intersection of three fast cycle routes. “Thousands of commuter cyclists and recreational cyclists pass by every day,” says Van Beek.

The station consists of three modules. Cyclists can go to the first module if they have a breakdown or want their bike serviced. Shelter is the second module, where users can borrow a rain suit or work at a flex desk while waiting for their bicycle repair. The third module is transfer: users can take an e-bike there if their own bike is being serviced or if they have come by bus.

The bicycle service station is being built sustainably, is non-profit and offers apprenticeships and sheltered work. The idea is that an experienced facilitator will operate the stations. With campaigns, the station will target users from the goinGDutch community , who wants to get more Schiphol employees on their bikes. Employers are also becoming a target group, who now pay 75 euros per month in parking costs per employee and can therefore save and contribute to the vitality of their employees.

“The Secretary of State has asked us to make this repeatable,” says Van Beek. “We therefore hope to build up a lot of knowledge and experience with this first service station and to share that knowledge as much as possible with everyone.” The bicycle service station is scheduled to open in the spring of 2022.

We all know the many benefits of cycling. How is it possible that so many organizations do not yet have a good cycling plan? The group of Mark Danhof (Lease a Bike Netherlands) delved into this question during their brainstorm. “There are organizations that, due to ignorance, do not yet have a bicycle plan at all and there are organizations that do have a bicycle plan, but have difficulty getting people on their bikes. We have to address those two groups in one way or another. ”

In the first group, for example, there is a lack of knowledge about the law and collective labor agreements and there is sometimes the idea that such a bicycle plan mainly takes a lot of time and effort. That group must therefore gain a better understanding of the benefits of bicycle use. For both groups, they should also see good examples. “We can also play a pioneering role in this ourselves and show what works,” says Danhof.

What makes cycling in the Netherlands so robust and so interesting? Every year in Amsterdam alone, some 150 to 200 delegations from all over the world want to find the answer, says Marco te Brömmelstroet of the UvA.“ The bicycle is not only a way to get around, it also forces you to think about the street, the city and society.”

Te Brömmelstroet’s brainstorming group came up with the ‘clearinghouse’, a one-stop-shop where we as a region bring together all knowledge about cycling to show the whole world and learn how the bicycle can play a bigger role. “We can actually fill that clearinghouse well now. There are MOOCs on this topic, with tens of thousands of students worldwide. There are documentaries, good books. ”

What is needed for such a clearinghouse? A party that is tasked with making cycling knowledge accessible and financial support. From whom should this order come? Te Brömmelstroet: “That’s a good question: the central government is the most logical, but I can also imagine the Amsterdam Metropolitan Area doing this.”

What can we do about the fact that fewer children are cycling? “There is no ownership over this problem and no lobby,” states Maud de Vries of BYCS. “Parents think the bicycle is too risky or too expensive. The bicycle industry mainly focuses on e-bikes. A generation is now growing up that cycles much less. We want to do something about that. ”

The ambition from the brainstorm is in line with the Bicycle Culture motion adopted last year in the municipality of Amsterdam: all children in the Amsterdam Metropolitan Area must cycle. There are now an estimated 55,000 children in the region who cannot afford a bicycle.

The concrete plan is to start two labs: in the Caland neighborhood and in Noord. If successful, labs will also be started in Zaanstad and Haarlem and then continue in the rest of the Metropolitan Area.

“We cannot do this alone,” says De Vries. “The tricky thing about cycling is that the revenue models are complicated. So we have to do this smartly together. We can make plans with the business community, but also with knowledge institutions and funds such as the Edwin van der Sar Foundation and the Bernard van Leer Foundation. If you have ideas: help us to get children from the region on their bikes permanently. ”

A circular business model for the bicycle

Circularity is a task that must be reflected in all four bicycle themes. Laurens Nolet van Roetz shows how his company gives raw materials and talent a second chance. He says that one million abandoned bicycles are collected in the Netherlands every year and that Roetz is converting part of them into new design bicycles. The company also developed a public transport bicycle of which 80 percent can be reused.

What does that promote circularity? In any case, not the buying bike, says Nolet. “There is no incentive to make the bicycle low-maintenance. The lease bicycle partly solves this, but there is often mainly looked at the maintainability of bicycles. After 36 months, when the contract has expired, the bicycle can often be taken over by the rider. But if we can give the bicycle a second life then that has much more potential. ”

Smarter use and better maintenance during that use can also help. “The lifespan of a bicycle can be extended enormously if we just pump up the bicycle tires better. All the ingredients are there to see that bicycle as an asset that lasts several life cycles. Now we just have to get that done in reality. ”

Various organizations have come forward to all four cycling themes that are willing and able to contribute from their own perspective and expertise. In the coming weeks, the groups will further elaborate their plans. Today’s meeting again shows that there is enough energy and stacks of good ideas to come to concrete agreements; to agreements that will further strengthen the Amsterdam Bicycle Metropolis.

If you would or does your organization also want to actively contribute to (one of the) above-mentioned themes, let us know via Maud de Vries: maud@bycs.org 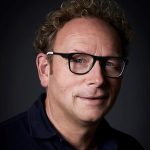 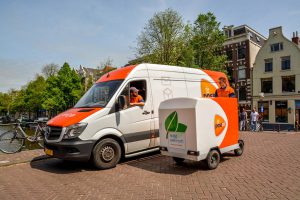 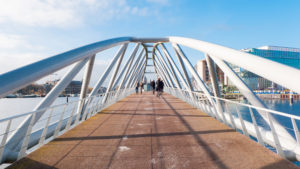 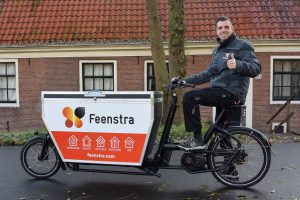