At the ‘Accelerating a Sustainable European Data Economy’ roundtable held on 7 and 8 November 2019 in Amsterdam, everyone agreed: we must quickly build the required infrastructure for a data economy that’s based on European democratic principles.

Consensus was also reached on the numerous advantages such an effort would bring. It would be a wildly ambitious project, yes, but it could bring massive economic growth to a whole range of industries: health, manufacturing, agriculture, finance, mobility, environment and energy. It could also be applied to improve quality of life and confront a range of societal problems.

“I found it incredible what happened here,” said Caroline Nevejan, the Chief Science Officer of the City of Amsterdam. “You have twenty data exchange businesses all agreeing and saying to the European Commission, let’s all work together to make this happen. And: please regulate us! And: let’s build the basic infrastructure in the next twelve months. They also agreed that everyone should own their own data. This is totally unique!”

The future of data is now

The timing is perfect to embark on this quest. “It’s entered the zeitgeist,” said Douwe Lycklama, entrepreneur and founder of Innopay. “There’s an urgency and a culture that says we can do this. It’s time for the leaders to stand up.” Moderator Willem Koeman of the Amsterdam Economic Board, which co-organised the event with the City of Amsterdam and the European Commission, added: “There’s real enthusiasm. People want to make concrete plans.”

On a practical level, the European centralised cloud project Gaia-X will be able to offer a home for the project without having to rely on the massive data banks of Microsoft or Amazon. And the recently established International Data Spaces Association provides a roadmap for designing a trustworthy architecture for the data economy.

“The technology is already pretty much out there,” said Koeman. “Now it’s time for action. It’s time to build the actual roads.”

A project as ambitious as this needs a political framework that extends beyond national borders. Yvo Volman, head of the Data Policy and Innovation unit in the Directorate General for Communication Networks, Content and Technology of the European Commission, cited a previous successful EU-wide endeavour as an example of the kind of collaboration needed: GDPR, the General Data Protection Regulation. It is now being adopted by countries outside of the EU, and Volman called it a case of Europe shining by example, demonstrating that establishing sound regulations through mature collaboration is good for business.

And the EU is very much on board when it comes to establishing the new data infrastructure. Earlier this year, the European Council stated that “the EU needs to go further in developing a competitive, secure, inclusive and ethical digital economy with world-class connectivity. Special emphasis should be placed on access to, sharing of and use of data, on data security and on artificial intelligence, in an environment of trust.”

Charting out the challenges

Over the course of the two days, the group formulated the five most pressing problems for data exchanges to succeed in Europe, naming them as ‘organising demand’, ‘organising requirements’, ‘defining governance and regulation’, ‘enabling infrastructures’ and ‘ensuring quality of assets’. “This gives us a framework for discussion and a structure to share and build on,” said Koeman.

A hyper-scale-up is required for the project in the short term, and the general hope is that the EU steps up with the funding. But as many noted, it’s down to smaller entities such as cities or individual industries to figure out what their specific requirements are. “Roads are expensive, so the investment has to come top-down,” an attendee commented, “but it’s the cities that know where the roads should go.”

Data: a story for us all

Of the challenges that were formulated, ‘organising demand’ is likely the most pressing. It might sound inconspicuous, but it involves making people – in the business world and the general citizenry – more aware of the sheer potential of data sharing. Because unlike the race to the moon, big data is still missing its big story.

“The data market world reminds me a bit of what we’re seeing in the blockchain world,” said Koeman. “Many organisations see value but cannot yet put into words what it exactly is and how it works. But there’s a silent agreement that datamarkets will play a vital role in shaping a sovereign digital future.”

So let’s get going with that big story. After all, big data can get us on the way to shorter travel times, cleaner air and a cure for a cancer – and that’s just the start. 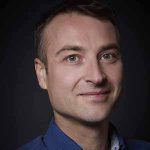 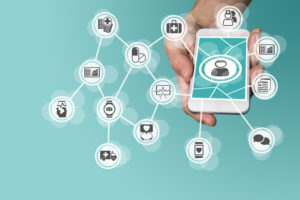 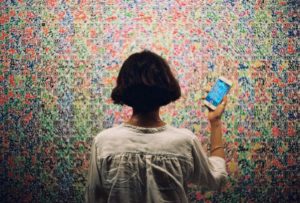