For the establishment of ROM InWest, the municipalities of the Amsterdam Metropolitan Area (MRA), thedevelopment company North Holland North (NHN), theProvince of North Holland and the Ministry of Economic Affairs and Climate (EZK) have joined hands. Cooperation is also sought with partners such as Horizon Flevoland and the ROM for the Utrecht region. Deputy Ilse Zaal (Economics and Labor Market & Education, province of North Holland): “The ROM not only connects partners, but also regional and national economic policy, in which social return predominates. This ROM will be an example of how cooperation can lead to economic strengthening and greening of the entire region.”

With the Ministry of Economic Affairs and Climate Policy and the local authorities in the region as shareholders, ROM InWest has two funds:

In addition to the possibility of financial support, ROM InWest also helps entrepreneurs in a practical way. ROM InWest offers help with bottlenecks in business development. For example, specialists test entrepreneurs’ plans for financial and technical feasibility and the right parties are brought into contact with each other. Finally, ROM InWest, like the other ROMs in the Netherlands, can implement government regulations. Think of the emergency package ‘jobs and the economy’ or the recent Corona Bridging Loan (COL). In this way, public funds from Europe and The Hague reach entrepreneurs in the region as effectively as possible. 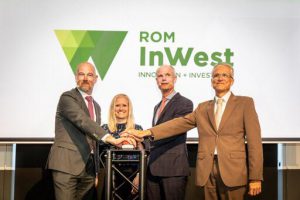 Alderman Victor Everhardt (Economic Affairs, Amsterdam): “With ROM InWest we, the various authorities together with companies, can make the economy in the region more innovative and boost it. This form of co-financing makes it possible for the business community to attract large investments to the region and thus create new jobs, accelerate the energy transition and sustainable economic recovery after corona. This will build the road to Paris in our metropolitan region and province.”

Double task: strengthening the economy and making it more sustainable

While ROM InWest is similar to ROMs in other regions, there is one big difference. There is already a strong ecosystem in Noord-Holland, in which the Amsterdam Economic Board and the development company North Holland North stimulate cooperation and make an important contribution to the earning capacity of the region. The desire for more administrative cooperation was decisive for the establishment of ROM InWest. Alderman Pieter Dijkman (Economic Affairs, Alkmaar): “For a long time it seemed that North Holland has a North and South Wing that touch each other just as easily as the North and South Poles. The cooperation in the ROM makes it clear what added value we have to offer each other. In the ROM, high-quality knowledge, international flair and the roll-up-your-sleeves mentality of North Holland come together.” Besides the desire for more administrative cooperation, the region also faces a double task. On the one hand, the corona crisis shows that the business community is vulnerable, on the other the ambition is to make the regional economy more sustainable and to accelerate the energy transition. The existing knowledge and expertise, supplemented by ROM InWest’s extensive fund capital, are the key to this.

After appointment, Janet Nieboer will take up office as director of ROM InWest as of January 1, 2022. Nieboer is currently still working as general manager of FMO-NedLinx BV. Nieboer succeeds interim director Vincent van Woerkom. With her arrival, ROM InWest will bring in a director with international experience, who has an extensive track record when it comes to successfully setting up new companies. “The challenges of our time require a nationwide ROM network. The decisiveness with which the ROM has been established will also be an important value in how we will fulfill our role as a partner in the ecosystem in the region. The future of our region depends on what we do together today,” says Nieboer. In addition to the nomination of Janet Nieboer as director of ROM InWest, the chairman and members of the supervisory board (SB) are also known. The Supervisory Board will consist of Josephine de Zwaan (chair), Désirée van Boxtel and Kuldip Singh. The three members rely on considerable experience in the public sector, investment companies and the technology sector, which means that the ROM will have a supervisory board that has both financial and substantive experience in-house. 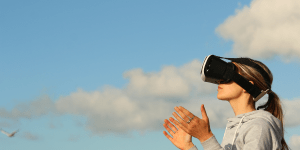