When booster Marjolein Bot talked about it at an Amsterdam Economic Board meeting in 2019 LEAP , and asked who wanted to participate in the ‘coalition of the willing’, was then commercial director André van den Berg of Royal Schiphol Group enthusiastic. The LEAP project came under the responsibility of Mark Spronk, senior project manager at Schiphol’s IT department and involved in Schiphol’s sustainability initiatives in the field of IT.

‘I am just as enthusiastic about it as Van den Berg was then’, says Spronk. ‘It is not the case that our energy savings in IT have a major impact on reducing our costs and making Schiphol more sustainable – the IT share in our total energy consumption is too small for that. But it is about the total picture and the fact that we all really want to achieve sustainability. Schiphol is working on sustainability on many fronts, so LEAP is also part of that. Moreover, our pilot showed that you can achieve energy savings of 10 to 13 percent with little effort. That is really special. ‘

Schiphol, says Spronk, has strong ambitions in the field of sustainability. ‘As an airport, we are aiming for completely emission-free and waste-neutral by 2030 and as a sector for CO2-free aviation in 2050. Some examples: a number of our terminals have heat-cold storage, Pier A under construction already has a high LEED rating ( sustainability label, ed.). We are busy with circular construction. And we are currently one of the first international airports to pilot the taxi bot. That’s a tow truck that taxies the plane to the runway – that saves a lot on the time an airplane has engines running. Furthermore, Schiphol runs 100 percent on Dutch wind energy. ‘

Back to LEAP. Schiphol has a wide IT park, with local servers, DC servers and cloud solutions. The pilot for power management settings – Schiphol has not yet gotten around to virtualization – was run on a number of test servers, says Spronk. ‘Naturally we measured before and after the tests, which resulted in the substantial energy savings of 13 percent. I would also like to say that things do depend on the load and the function of the server. ‘

Finding the balance between power management and optimal or necessary performance is seen by some users as a bottleneck. How is that at Schiphol? Spronk: ‘Studies have shown years ago that the fear of performance loss is unfounded. It really is all in the mind. Power management is not new – those settings have been on our devices for years. However, as it turned out in practice, they are not always (properly) used. ‘

The good thing about the pilot is that the awareness and usefulness of energy-efficient power consumption has increased within Schiphol itself. Spronk: ‘I also hope that it will encourage other organizations – within and outside LEAP – to take another look at their institutions. It is really low-hanging fruit and a high yield. ‘

Another positive element of LEAP for Spronk is that the entire IT chain is represented within the project. ‘From hardware suppliers to knowledge institutes to end users – all blood groups are represented – that’s how you learn from each other. For example, I found the presentation of KPN – with their broad view on sustainability, inspiring. And LEAP also provides spin-offs, such as the focus on immersion cooling by participant Asperitas, which will be further elaborated. ‘

Spronk is also pleased with the commitment of the hardware suppliers: ‘Dell, IBM, HPE, VMware – 80 percent of that market is participating. As far as I am concerned, they are already doing a lot to encourage users to work more energy-efficiently. ‘

What now? Schiphol will expand the pilot to improve its own power management and to adjust it where necessary. This fits within the LEAP ambition to highlight best practices in the field of power management and virtualization, based on more empirical research. Spronk: ‘I want to urge everyone who has not yet done their own pilot to do it. A small effort with a lot of savings as a result. ‘

Do you want to help LEAP move forward? Vote than before November 2 on our nomination for the Computable Awards in the Sustainability & CSR category.

Would you like to receive our most important news in your mailbox from now on? Then sign up here for our monthly Board Update. 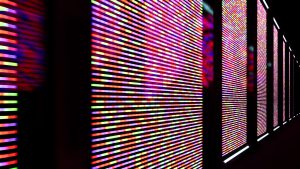