After two online meetups about circular textiles, we can finally tell each other live what we are doing. In one of the beautiful cinemas of Pathé City Amsterdam, moderator Cindy Pielstrom introduces her first two guests: Hans Bon from Wieland Textiles and Roosmarie Ruigrok from the municipality of Amsterdam.

Bon is the spiritual father of the fiber sort, a sorting machine for textiles. “What you throw in the textile bin, we sort and export.” Ruigrok is involved in the European Reflow project from the municipality. “That project investigates how we deal with different material flows within cities. Here in Amsterdam we focus on textiles.”

And there is still a lot of profit to be made. “In Amsterdam we still find about ten kilos of textiles per person per year in the residual waste,” says Ruigrok. “That will be burned. Just imagine what value we can keep if we can already get ten percent out of the residual waste.”

Even the textiles that residents do throw in the textile bin do not all end up in Hans Bon’s sorting machine. “Too much waste is still thrown in those bins, sometimes whole bags. In the worst case, such a container can be sent to the incinerator in its entirety,” he explains. “We have been arguing for some time that these bins should not be emptied by tap, but by hand. Then you can remove the pollution much better.” The municipality of Amsterdam and HVC are already working on this: they have set up a regional sorting center where people with a distance to the labor market work.

Ruigrok takes us through some other interesting developments. She coordinates the Denim Deal where a lot happens. “The entire chain is connected: from brands to sorters, spinners and weavers and collectors. Many head offices of leading jeans brands are located in the Netherlands, but other parties from all over the world are also connected. Our ambition is to have 20 percent post-consumer material in 3 million jeans by 2023. Some companies are already quite advanced in this and we hope that they will share their knowledge. That we are moving from competition to collaboration.”

A great pilot has also recently been launched that aims to make sustainable textiles something not only for the highly educated metropolitan elite. “People with a city pass can get an almost free repair of an item of clothing. For this we have connected five tailors in each district. We pay them from the poverty reduction pot. We hope that 8,000 items of clothing will be repaired and used for longer and that people will see that this is a better alternative than buying something new of low quality, even if it is sometimes just as expensive.”

Ruigrok also mentions the Guide to circular procurement of textiles issued by the MRA (in Dutch). This allows organizations to make their own purchasing more sustainable. Find more about the MRA Green Deal Sustainability Summit on 15 October here.

Ellen Mensink from Brightloops BV and Loop.a life explains how five years ago she and a number of students started sorting textile waste by hand. She now uses Hans Bon’s Fibersort. “The industry’s problem is also the solution: there are many residual flows, but you can also make new things out of that.” With Brightloops, Mensink now produces new yarn from those residual flows and has its own collection under the name Loop.a.life. She recently received a subsidy from the Ministry of Infrastructure and Water Management for a new fiber optic machine.

The question arises from the audience whether all these developments are already leading to new professions, or to a demand for new training courses. Mensink says that she notices that there is very little technical materials knowledge in the Netherlands about the composition of substances. “Companies are used to buying cloth and do not know whether, for example, they can also put less elastane in a fabric. There is only one person in the Netherlands who can fiberize well. And only a few people can spin and knit and weave. These have disappeared old professions in which no people have been trained for years. A weaving cooperative is now being started and there is someone who wants to set up something like this with refugee women. I just applaud that.”

Hotels, suppliers and other parties in the chain think together about the development of circular hotel linen. They have met several times to discuss this. “The discussion about this is about technology,” says Froukje-Anne Karsten, who coordinates the collaboration from the municipality of Amsterdam with the pioneering group of circular hotels. “But hotels also want to do something themselves: give the right order, ask the right questions.”

Jacqueline Mommer of Blycolin, a service provider in hotel linen, among other things, talks about the technical complications of hotel linen, which can no longer be rented out in this way. “Part of it goes to the cleaning cloth manufacturer, but we are also looking for new technological possibilities. The big challenge is that these fibers get really bad every time: they are slept on, they are collected in a container, they are washed hot, pressed, stretched.”

A product designer from the audience raises the interesting question: why should hotel linen be white? Wouldn’t it be easier to use, for example, gray linen? Karsten: That’s a good question. “It turns out to be very difficult to produce completely white linen with circular materials. But for now, non-white linen is “cursing in the church”. Hotels are specialized in offering sleeping comfort and that creates expectations. Good communication is therefore very important. But it’s certainly interesting to start the conversation about this.”

If everything goes according to plan, an awareness campaign about the value of clothing will start in Amsterdam in February 2022, says Hein Barnhoorn on behalf of the coalition working on the Green Deals Textile. “With the campaign we want to make consumers, residents of Amsterdam, aware of the value of clothing. Show that clothing is not a disposable item. That it is sustainable to use clothing for longer and not to throw it in the residual waste,” he says. “We want to influence knowledge, attitude and behavior in this way and create a blueprint for perhaps a campaign that we can also roll out across the rest of the Netherlands.”

Together with the leading advertising agency Havas Lemz, the initiators Board, MRA and Reflow are thinking about the concrete implementation of the campaign. “We need to have something like the BOB campaign, something that people remember. Something that is not just an expensive rocket in February and is already forgotten in March.” Barnhoorn therefore calls on everyone in the textile network to participate in the campaign. “Join our coalition and show how you are already working on circular textiles.”

In October, the campaign will be presented to retailers in the region, among others.

Do you want to be part of the coalition surrounding this campaign? Send an email to Roosmarie Ruigrok via r.ruigrok@amsterdam.nl

As we see again today, a huge number of different parties are working on sustainable and circular textiles in the Netherlands. To properly map out who is working on what, there is now the website culture.fashion. On this platform, companies and individuals can create a free profile.

The platform is the result of a request from the Ministry of Education, Culture and Science, says Cecilia Raspanti of Waag Textile Lab. “The network is very diverse and everyone plays an important role in their own way,” she says. “Members can indicate on the platform whether they are mainly concerned with circular production or with knowledge sharing, for example. You can also easily get in touch with other members.”

Would you like to know more about the green deals that are being set up in the region? Read more about it here.

Curious about what was discussed during the Meetup#2 and inspiring videos about circular clothing for healthcare and circular yarns? Click here.

Meetings are planned for many sub-initiatives in the coming months. The community receives personal invitations about this.

A selection of all data: 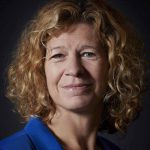 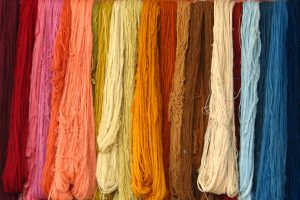 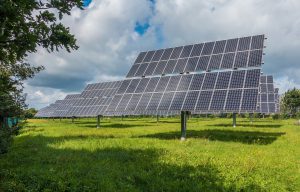 As a purchaser, the government can boost the circular economy 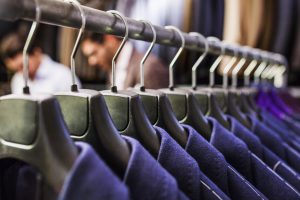