Thinking outside the black box

The 15th Medical Data plus Pizza meeting took place at Amsterdam UMC on 18 February 2020. As usual, host Dr Lucas Fleuren opened with a quick rundown of recent news around AI in healthcare.

He recommended listening to the podcast ‘Is there an algorithm in the room?’, a Dutch podcast produced by newspaper NRC Handelsblad in collaboration with VU Amsterdam. It explores the rich potential in applying AI to healthcare and the challenges of using algorithms that operate from an unknowable ‘black box’.

Fleuren introduced research that had been published a mere 19 hours earlier: ‘Effect of a machine learning-derived early warning system for intraoperative hypotension vs standard care on depth and duration of intraoperative hypotension during elective noncardiac surgery’. The answer is a statistically significant ‘yes!’: this AI-fuelled early warning system improves patient outcomes.

“This is a landmark paper about bringing models to the bedside,” says Fleuren. “And written by a former Data plus Pizza speaker!”

A talk by Dr Connie Jiminez from Amsterdam UMC’s Pulmonology Department was about ‘Phosphoproteomics for Precision Medicine’. As a biologist focused on biomarker applications and protein signalling in cancer and neurodegenerative disease, she works more with research data than clinical data.

However, it’s clear that in the long-term, her data has huge potential when applied in a clinical setting. The pizza had not yet arrived but already the present data scientists were licking their lips with anticipation: this was a data set in which machine learning could really dig deep into both cancer’s complexity and its heterogeneity – while potentially connecting patients with the best personalised treatments.

Jiminez was originally inspired by the pioneering study ‘Global survey of phosphotyrosine signalling identifies oncogenic kinases in lung cancer’. It showed that by focusing on which proteins are activated in a cell, one could glean insights into cancer biology not available on chromosomal and transcriptional levels. This can be done in a non-invasive manner – and applied broadly across all cancers.

The rise of TKI therapy

Jiminez can make a single mass spectrometry assay per patient to check the status of all relevant kinases related to cancer – and this assay can be done increasing faster thanks to ever-developing technologies. In particular, tyrosine kinases – essentially the fingers for the “on/off switches” in a cell – activate other proteins by adding or removing “the on/off buttons” in a process called phosphorylation. Through Tyrosine Kinase Inhibitors (TKI) therapy, certain fingers are prevented from working and therefore cannot turn certain switches on or off. If one of those switches makes a cell divide quicker, you can see why this is helpful in cancer.

Her work has resulted in the Inka Score, which can give insight into the true causes behind cancer. While her approach is running behind gene sequencing by 10 to 15 years, she’s confident that in the future the technology will help decide which treatment works best for an individual patient.

“But I’m less into creating beautiful people and more into statistical distributions,” says Tomczak, an assistant professor of artificial intelligence in the Computational Intelligence Group at VU Amsterdam, as well as a deep learning researcher at Qualcomm AI Research.

Tomczak is working to try to cut down mortality in malaria patients. He showed how deep learning can be applied to look at radiological images of cells to find “aberrations” that may denote disease – and highlight potential treatments.

Through his research, Tomczak has also created an encoder-slash-model called DIVA that can classify input materials into different levels (class, domain, etc). First you give the model data that has been classified with the proper annotations (imaging machine used, hospital, etc). But after just a relatively few of these – just eight, compared to the millions used for deepfakes – you can start classifying unannotated samples as well. This saves a lot of time (and can save lives).

And he’s only just begun… 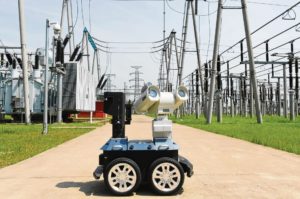