Introducing another full meetup, host Dr Lucas Fleuren commented that so much had happened in the realm of big data since the last meeting in mid-September that he couldn’t sum it up in a short talk. “The general media are really catching on to this topic, and in particular healthcare,” Dr Fleuren said, highlighting an NOS (Dutch Broadcast Foundation) article and video series entitled ‘A Bright New World: the impact of Artificial Intelligence’.

From reactive to proactive hospital care

By using more than 2.6m morphological features within the arterial blood pressure signal data of a patient, Dr Geerts showed how Edwards’ model can predict a hypotensive event and alert a doctor to take action to prevent it or monitor a patient more closely. Showing the results of a study done with 507 patients, Dr Geerts admitted that the tool could still be improved. “The positive predictive value is still low,” he said, “and it’s up to a doctor to decide whether they want to treat a patient for something or not.” The application is one of the first machine learning algorithms to be FDA and e-mark approved, and actually used in medical practice. It took just three and a half years to bring to the bedside, a feat which Geerts says is “quite an achievement”.

Geerts is currently working on another study which aims to create a tool to predict the number of patient admissions with 17 hyper-acute diseases at emergency departments. The model is based on non-medical data, including weather, socio-economic data, travel information, and even the amount of retail sales in a region. Initial results have not yet been published, but “we can already identify risk factors just by looking at the weather,” Geerts said, citing a result which showed a 200% higher chance of people presenting with an acute aortic dissection when the pressure dropped in a region.

The study, which is being done in conjunction with the Ministry of Health, Welfare and Sport, the Royal Netherlands Meteorological Institute (KNMI), AMC, Statistics Netherlands (CBS) and Gelre Ziekenhuis, is continuing with the addition of more material, including smart city data and the addition of a ‘Twitter barometer’.

The power of modelling in research and clinical care

Associate professor Annette ten Teije is part of the Vrije Universiteit Amsterdam’s Knowledge Representation and Reasoning Group, which investigates modelling and representation of different forms of knowledge and reasoning in AI systems. Ten Teije has been working in the medical domain for almost 20 years and is currently busy with projects to help bridge the gap between research and clinical care. She says that the use of existing medical knowledge, including clinical guidelines, clinical trials and quality indicators, is as important as data when creating medical decision support systems.

During the meeting, Ten Teije showed that clinical guidelines can be improved by finding anomalies within the guidelines by constructing a computer model of the guideline itself. It was also noted that more than 90% of clinical trials are extended by more than six weeks due to delays in patient enrolment. To combat this, Ten Teije constructed a model to find eligible patients for a trial based on eligibility criteria using expert knowledge, knowledge sources and patient data. And that each year Utrecht Academic Medical Centre has to report 2,200 quality indicators, most of which must be calculated manually. By developing a model for each quality indicator, she showed that these can then be calculated computationally, citing a study they did with 159 GPs around the Netherlands that included around 156,000 patients.

As always, the meetup ended with the group sharing ideas, stories and connecting over pizza and soft drinks. The meetup takes place on the third Tuesday of every month at the VU University Medical Center Amsterdam. The next event takes place on 20 November. 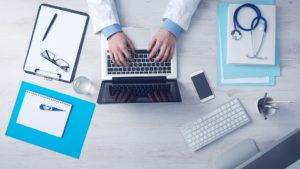 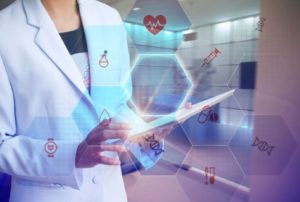