Now that the coronavirus infection rates in the Netherlands are low, there are more opportunities to properly prepare for a potential second wave. By gaining access to cleaner and more diverse data, strategies can hopefully be developed to avoid future spreads and full national lockdowns, while also maintaining public support for these measures.

Modelling the effectiveness of exit strategies

These were the conclusions of the first edition of a new online lecture series called ‘The Power and Weakness of Data and Modelling in COVID-19’, co-hosted by Amsterdam Data Science (ADS) and Amsterdam Medical Data Science (AMDS) and organised in collaboration with Elsevier and Google. With the AMDS-hosted Medical Data and Pizza Meetups postponed until at least after the summer, the series also works to fill a void for the local AI and medical data science community.

Taking place on 11 June 2020, this first webinar was entitled ‘Different scenarios for exit strategies in COVID-19’ and highlighted the power, variety and limitations of data-centred approaches, while also focusing on what was required to maximise the impact of data science during this crisis time.

The first speaker was Edwin van den Heuvel, professor in statistics at Eindhoven University of Technology, with the lecture ‘Predictions and changes in spread of the coronavirus in different countries – data-oriented approaches’.

At the start of the COVID-19 crisis in the Netherlands, Van den Heuvel’s team began to monitor and predict the number of infections and deaths in several countries. Initially, the analyses were based on the official reported numbers from governmental institutes. However, “we knew this data wasn’t optimal in terms of reliability and in the consistency of how the data was collected and processed – that it wasn’t necessarily representative of the population of a country,” says Van den Heuvel. “So we had to work hard to average out the mistakes.”

While variable, the predictions became precise enough to help hospitals plan how many ICU beds they would need at a particular time. And by applying different logistic growth curves and epidemic disease models, they were also able to finetune their predictions, and better pinpoint when countries reached their turning point in viral spread.

The right model for the right situation

“While flattening in China nicely followed Verhulst logistic growth models, flattening in European countries did not, so we applied the non-linear Poisson regression, and this resulted in better performance,” says Van den Heuvel.

“Later, we could also identify which governmental interventions had the most impact. For example, while closing schools and banning events seemed to have a direct effect, lockdown showed less of a direct effect; and the closing of restaurants didn’t show a clear effect at all.”

“But yes, you always have to be careful in your interpretations. There are so many potential variables. In the end, we learned that we had to step away from traditional statistics and use more data science.” Van den Heuvel also believes that if data scientists had access to more reliable, cleaner, more diverse and localised data, it would be easier to predict spreading and thereby effectively avoid full countrywide lockdowns in the future.”

How do you make decisions in uncertain times?

The next speaker was Bert Slagter, co-founder of tech company Procurios and a cryptocurrency blogger, a blogging platform and community focused on complex systems and the intersection between economy and technology. Bert has become a media personality in the wake of COVID-19. His specialty is highly relevant: complexity science and decision-making in uncertainty.”

As early as 24 February, Slagter published a blog (in Dutch) called ‘The coronavirus is coming and this is what the government should do’, in which he calls on the government to shut down connectivity with the outside world. In it, he uses a simple model to demonstrate that the need for IC beds would have peaked at 20,000 by mid-April 2020. He was largely ignored – until 16 March, when Prime Minister Rutte finally announced the more serious “intelligent lockdown” measures.

This is how the government shouldn’t communicate

“In the absence of evidence, the government has been following the evidence of absence – and this is still largely the case. There’s still too much we don’t know,” says Slagter. For example, what’s the role of super spreaders? Do we just need better ventilation? Which gatherings spread the virus, which ones don’t? Indeed, there are so many unanswered questions – meanwhile, the barrage of contradictory information continues.

“Because of that, government communications have spread misconceptions,” says Slagter. “Look at masks. For a long time, the government said they were not 100% effective. Yes, that’s important if you are working in a hospital. But for the public at large, even 30% effectivity could make a huge difference.”

Now that new infections have decreased to very low numbers, the real work can begin. Resources can turn to developing best methods for key tasks such as testing, tracking, isolating, protecting, registering and informing – all in the name of minimising the impact of the virus’s second wave, which many experts see as inevitable.

“We need more and better data. We also need new data: for example, COVID-19 concentrations in sewage water might warn us of a potential spreading earlier than other indicators,” says Slagter. Such insights could be very useful when developing an alert system formulated to avoid more deaths and the extreme economic impact of lockdowns.

“We need to find shortcuts to make things more automatic and regional,” Slagter adds. “So that if certain thresholds are crossed in a certain area, certain measures are automatically undertaken and then eased, when the numbers improve; adaptive localised systems that move up and down.”

Making data appeal to the public

Another challenge: keeping the public onboard. Both Slagter and Van der Heuvel see potential in the Corona Dashboard currently in development by the government. “Showing what’s going on in specific areas might work to help visualise to the public that their actions have a direct effect on how the virus spreads.”

One thing is clear: infection rates need to stay low and the quality of data needs to become as high as possible.

Lead for Health
Amsterdam Economic Board 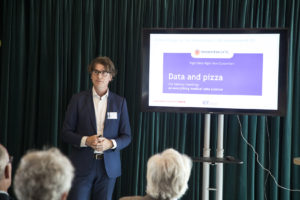 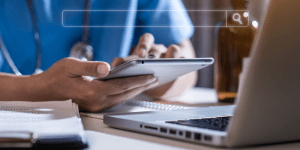 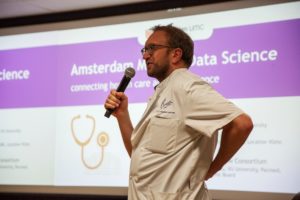