Grow or thrive together?

A key to diversity and equality of opportunity is to provide everyone with access to tech education, and tech jobs as a result. In addition to ‘white teenagers’, our commitment should be to educate and re- and upskill women, young people from underprivileged neighbourhoods, people with migrant backgrounds, employees from small and medium-sized businesses and large groups of people over 40 (‘Generation X’).

After countless conversations, experiments and events organised at several locations in Poelenburg (Zaanstad), Purmerend, Amsterdam Zuidoost and Nieuw-West, we became increasingly aware of the obstacles for certain groups.

tekkieworden.nl – the guide to studying and working in tech. For each level, (V) MBO, HBO and WO (vocational to higher education), we offer an overview and insight into education and job profiles in tech. A tool for students, parents, career counsellors, and youth workers.

Teachforamsterdam – a collaboration between the industry, secondary education and the teacher training programme at the University of Amsterdam / VU University has the goal to train 200 (hybrid) computer science teachers within four years. A hybrid teacher combines his or her job in tech with teaching IT at a school.

MolenGeek (in Amsterdam) – the opening of MolenGeek franchises in Poelenburg (Zaanstad) and Amsterdam Nieuw-West. Delegations from Nieuw-West and Poelenburg visited Brussels and conversations to launch a franchise in their neighbourhoods are in full swing. An actual tech hub in the middle of various Amsterdam-based communities. Goal: two branches to be opened in 2019.

‘Digidoeners’ in every class, every week – together with FutureNL we will be teaching digital skills at every primary school in the Amsterdam Metropolitan Area. We provide the facilities in the classroom and support the teacher.

Workforce Pact – a collaboration of 30 corporates in the Amsterdam Metropolitan Area that commit to re-skilling 20,000 employees into data-driven professionals. The cooperation aims to achieve acceleration, economies of scale and the encouragement of mutual mobility.

The Amsterdam Economic Board is the initiator of TechConnect. Together with dozens of stakeholders,  the action programme has been developed to bridge the mismatch between supply and demand in the world of tech in the Amsterdam Metropolitan Area over the next four years.

This specifically means the activation of 50.000 extra people in the next 4 years (in addition to the regular intake). 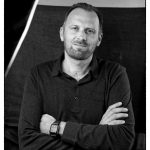